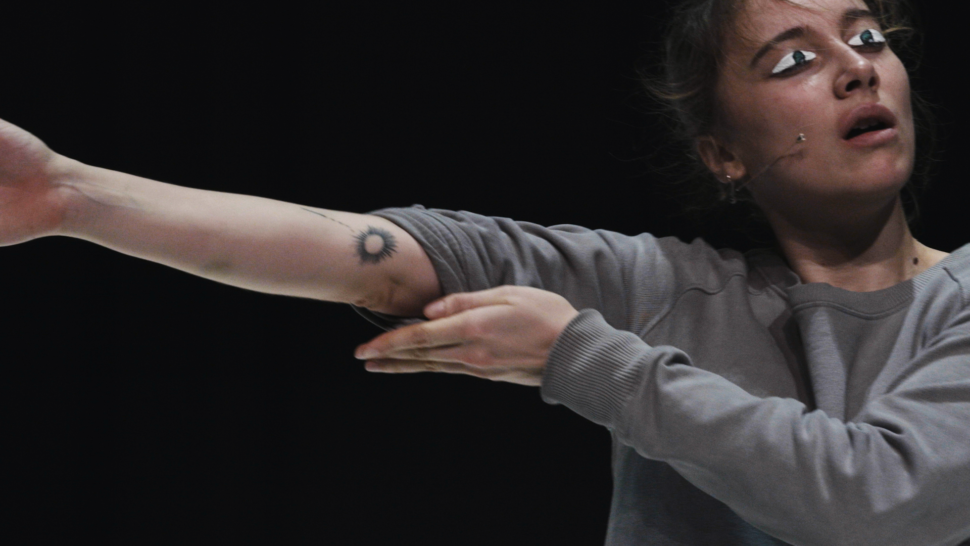 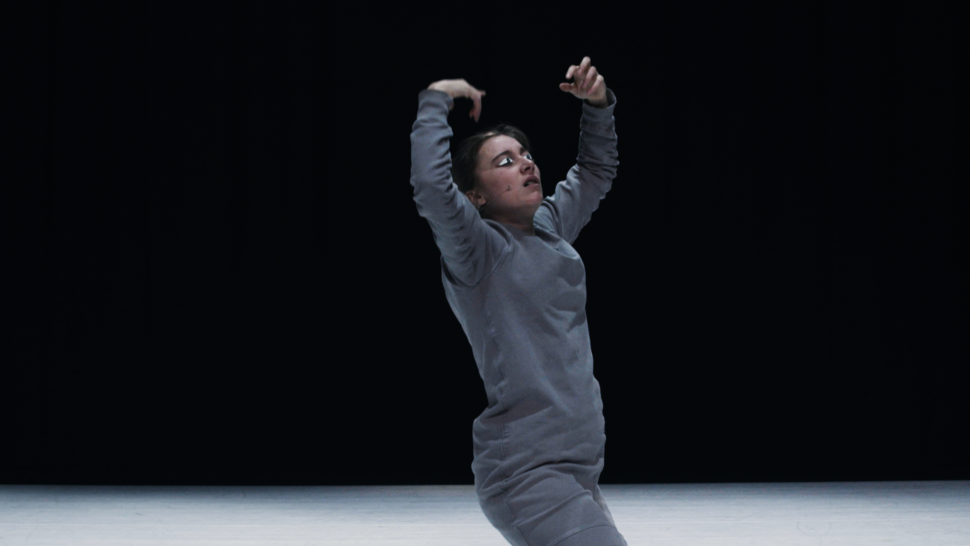 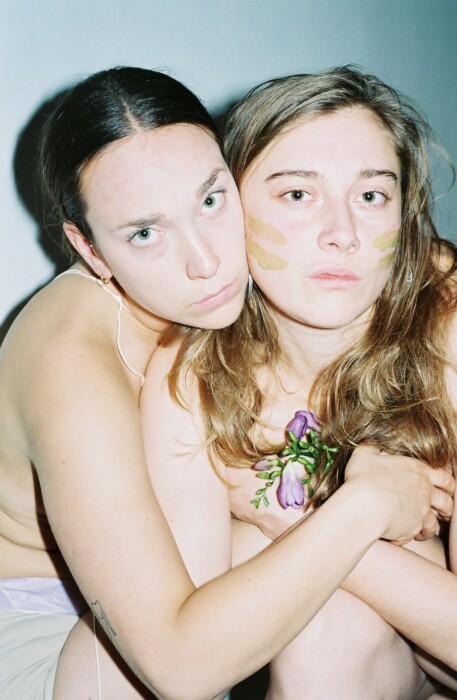 “Not only does Da Silva proves to be an excellent performer and director with a strong research
impulse, her stage text also shows a mature autonomous ability to make”

“Her ‘come to daddy’ is more terrifying than Jack Nicholson’s ‘Here’s Jimmy!’”

“Humanity is a monstrous centaur. (…); he sees within himself something which is not himself, and which is stronger than himself.” – Joseph De Maistre

In The Journey Anna Luka takes us on a dark trip through her memories. With language inspired by the lyricism of Faust and the broken English of the Urban Dictionary she tackles images of her youth. Disguised as an unchancy vaudeville entertainer she scrapes up the debris and tries to get rid of it in a painfully cartoonish way. But her intention is not to forget. ​The Journey​ is a quest to transcend the suffering body. Because how else does a victim find its way out of victimhood?

Venus Pop Grotto! is a performing arts collective founded by Nora Céline Ramakers and Anna Luka da Silva. They met during their education (2015 – 2018) at the Institute of Performative Arts in Maastricht (the Netherlands), which marked the start of a growing bond that transformed from superficial love into a symbiotic sisterhood. In their work they express their longing to reconnect through nature through our bodies. As female artists they feel that the exploitation of both nature and women is largely due to systems that we cannot simply undo. What they can do is bring into being a tiny biotope: the ritual. They find that ritual enables us to consciously build relationships between human and non-human agents. They like ‘digging in the dirt’ to arouse fertile soil on which we can build an e(co)motional bridge between the conceptual world and physical beings. A bridge that empowers and restores the mutual dance between all hot forms of life!

Keywords in the work of Venus Pop Grotto! are (eco)feminism, ecosexuality, climate politics and the essence of nature!

Currently, they are part of a talent development trajectory with Productiehuis Theater Rotterdam and Het Atelier: a long term research project in co-production with Oerol and Over Het IJ Festival.