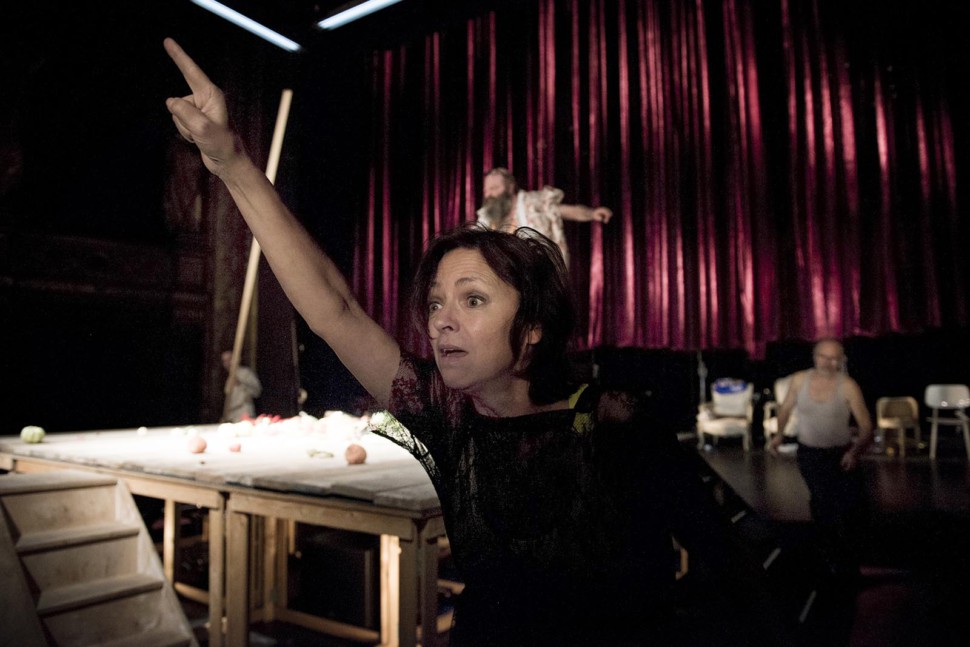 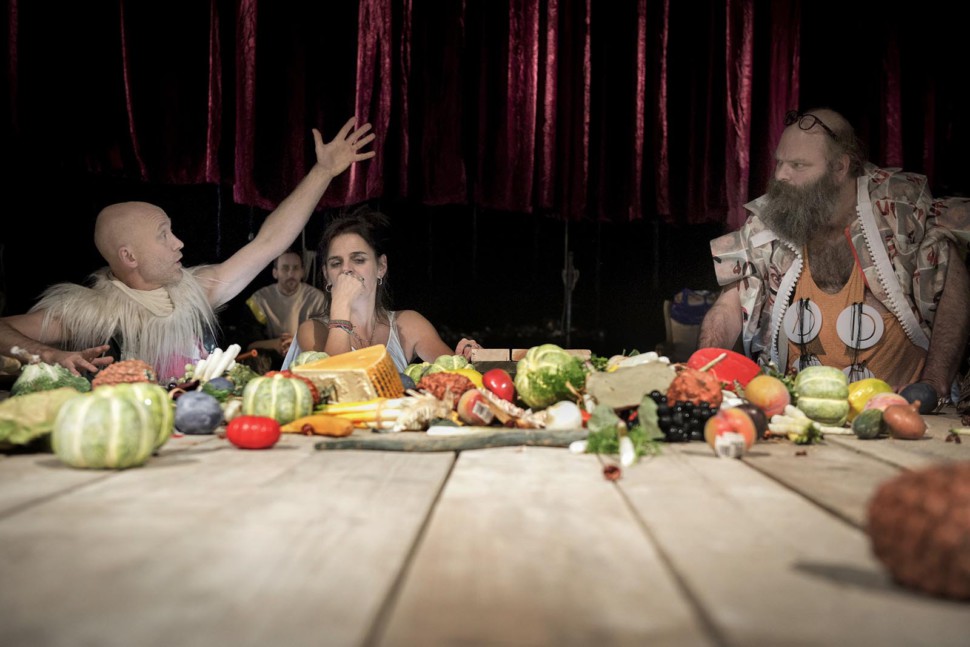 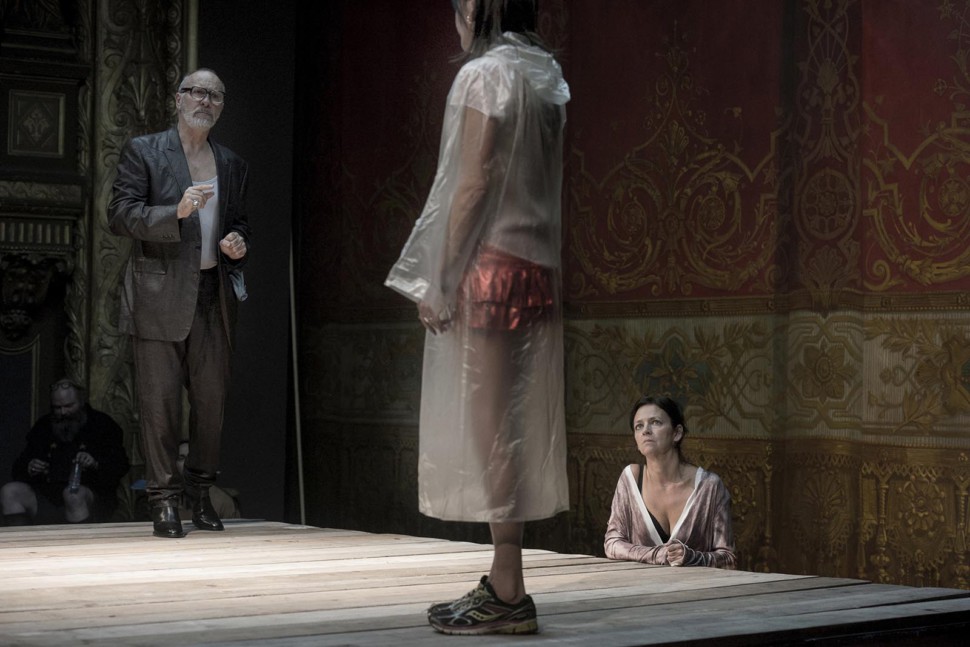 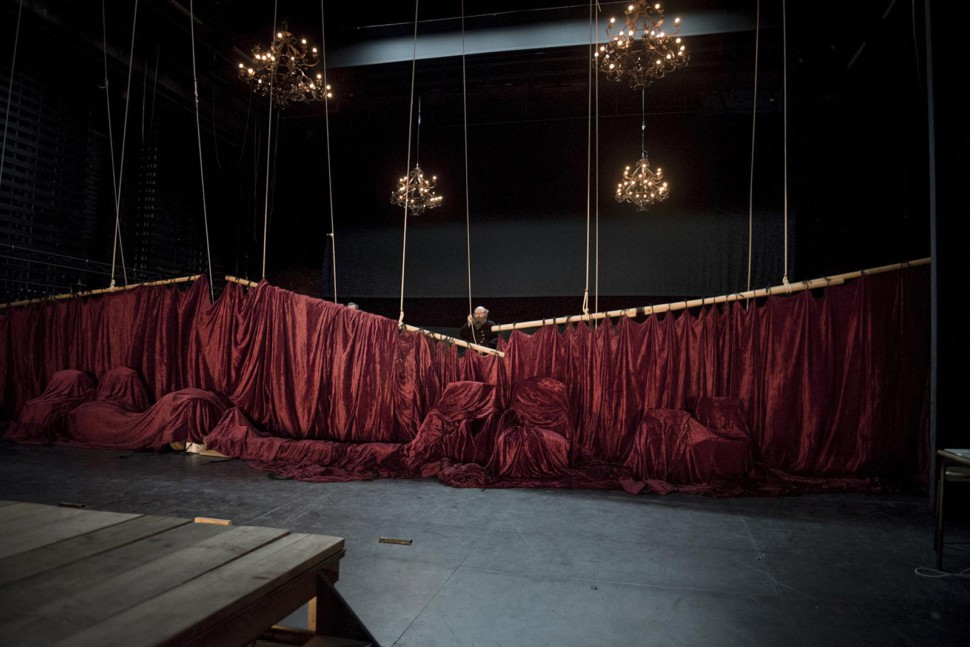 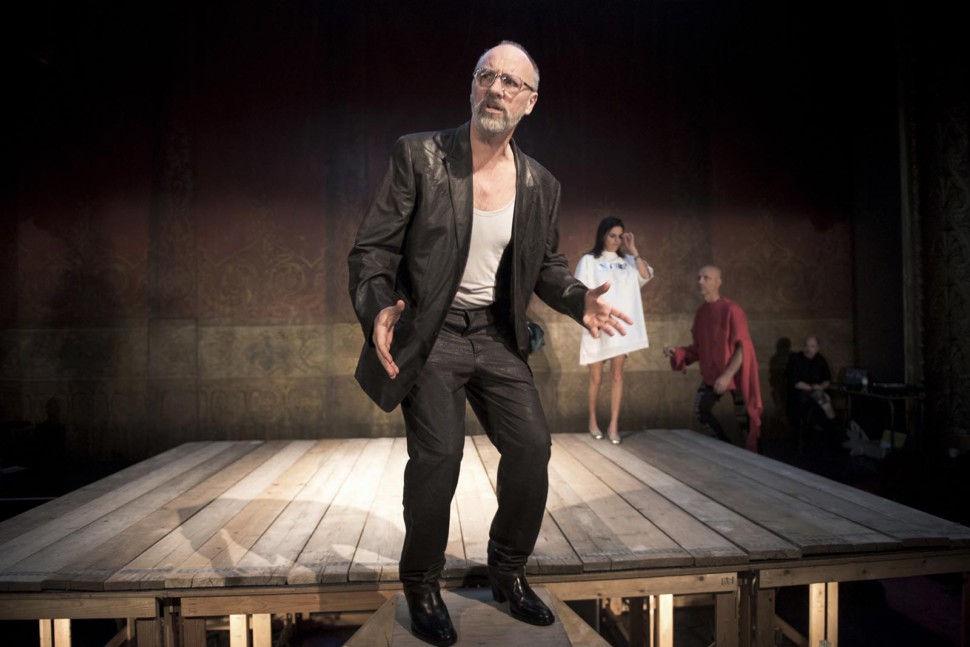 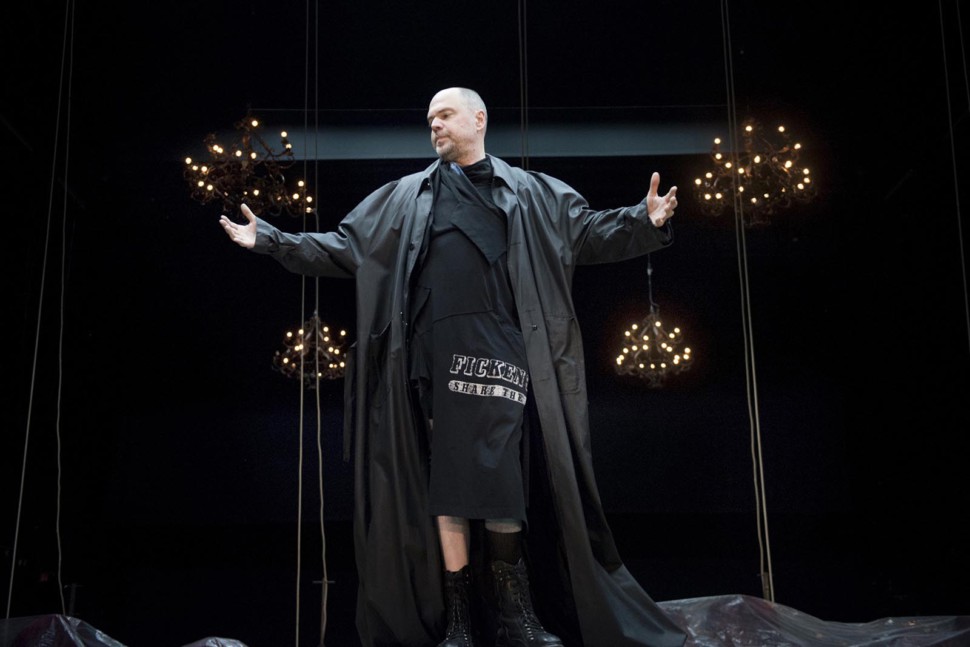 “Poquelin II is crazy, burlesque, grotesque and carnivalesque, but above all vital: theatre that is close to life itself, while also subtly exposing the theatrical character of life.”

“The jokes and pieces of worldly wisdom are fired at the audience like a rattling burst of gunfire by a formidable cast. The sheer joy of the acting radiates from the small stage.”

Fifteen years after the huge success of Poquelin I, tg STAN is once again dabbling in the work of Molière. “I want to occupy myself with mankind’s ridiculous characteristics and pleasantly depict the shortcomings of the world through theatre”, Molière declared in the 17th century. Today, tg STAN is an enthusiastic participant. On the programme: Le Bourgeois Gentilhomme (1670), in which Molière mocks a rich bourgeois who wants to imitate the behaviour and lifestyle of the nobility, and L’ Avare (1668), a tragicomedy about miserliness, lust for power, greed, generational conflict, truth and lies. More topical than ever.

From the jury report:

tg STAN – reinforced for the occasion by Els Dottermans, Kuno Bakker, Stijn Van Opstal and Willy Thomas – tackles Molière for the second time in Poquelin II. The result is no less spectacular than their first Molière montage in 2003. Once again with a stage of rickety old planks and a limited number of props, some of which appeared in the first Poquelin, the actors present a pell-mell montage of L’Avare and Le Bourgeois Gentilhomme in two-and-a-half hours. Together these two social satires set about the merciless dismantling of the bourgeoisie, making Poquelin II a hilarious unmasking of bourgeois shenanigans.

In L’Avare the obsession with money of the miserly title character – a fantastic Willy Thomas – turns into an unsavoury welter of family intrigues. In Le Bourgeois Gentilhomme Damiaan De Schrijver is in particularly high spirits as a typical nouveau riche. Marc Coucke could not have performed his Jourdain better. Inge Büscher’s ostentatious costumes further underlined his character’s tasteless flamboyance.

Poquelin II is vintage Molière and it takes us right to the heart of seventeenth-century theatre. And yet because it is ‘players’ theatre’, which stands or falls by its direct contact with the auditorium, without set, without gimmicky illusion or ingenious manipulations, it is never a historical reconstruction. With nothing in their hands and nothing in their pockets, each actor relies on himself and on his fellow actors to create the theatre.

And these seven actors do that with verve: together they perform 15 roles and they show that a repertoire piece does not need to be a reanimation, that an old script does not need to sound like death warmed up, but that it can be as palpitating and fleshy as life itself.

Poquelin II is crazy, burlesque, grotesque and carnivalesque, but above all vital: theatre that is close to life itself, while also subtly exposing the theatrical character of life. So Poquelin II is a magnificent ode to the most precarious profession in our theatre institution, that of the actor him/herself.