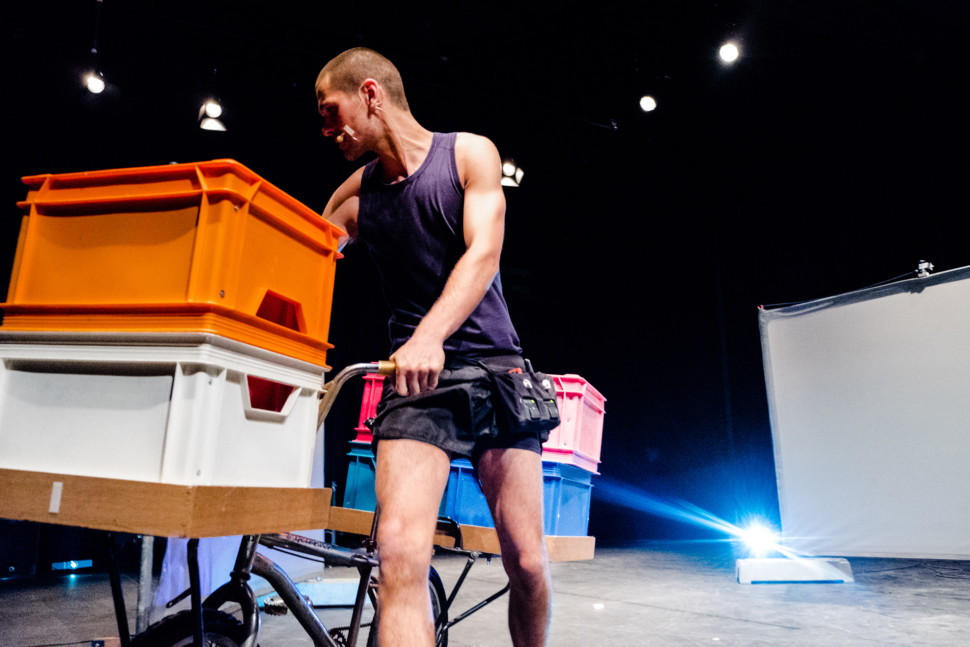 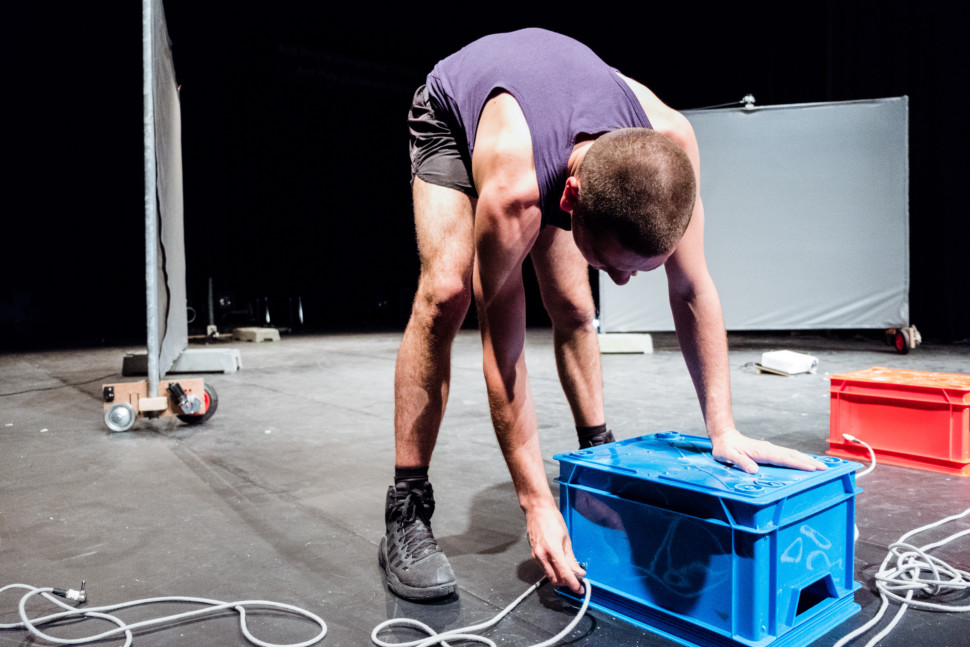 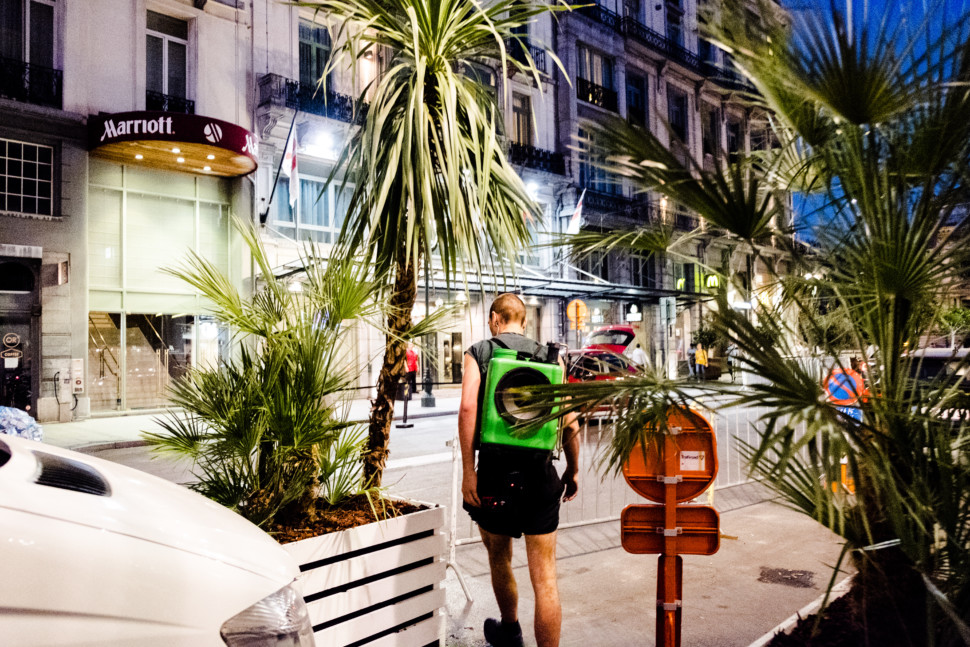 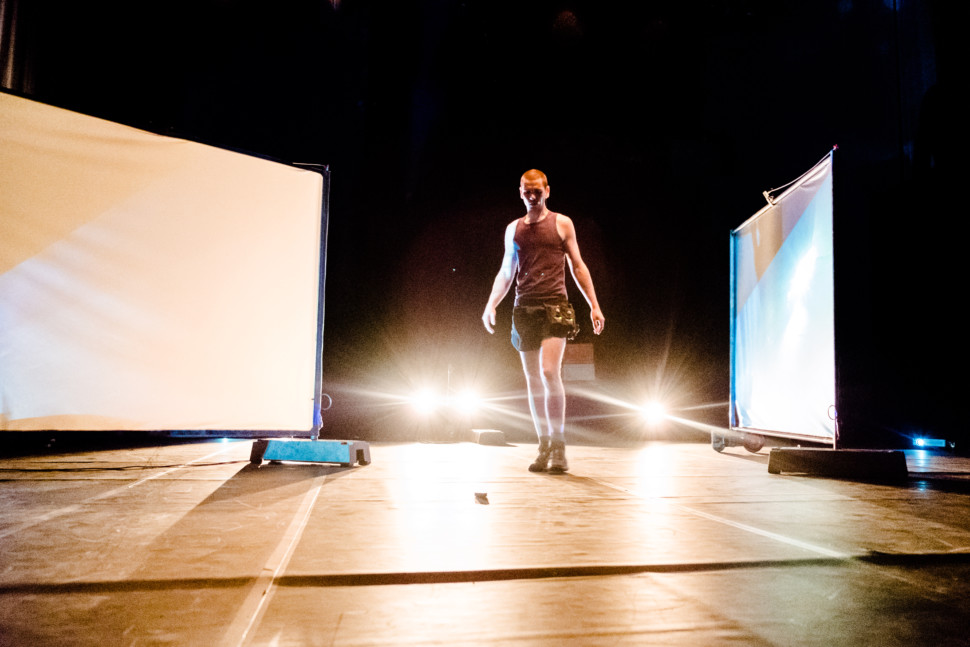 “A fascinating combination of electronic high tech and craftsmanlike construction, an odd mixture of childlike poetry and political philosophy.”

One of the questions most frequently asked on Google is ‘How can I be normal?’ We all want to be as normal as possible, but how do you define it? Reference works on psychology summarise the abnormalities, but remain vague about what is normal.

Our urge to be normal often has nothing to do with what is going on inside us, but more with our longing for social inclusion. We want to belong, be part of the whole, and be accepted. Complying with the norm brings us peace and enables us to keep in step. Preferably in a square compartment.

In his latest production, Louis Vanhaverbeke explores the boundaries of normality. They are just as figurative as they are literal. We build isolation cells, prisons and schools to set the limits of normality and to be able to distinguish ourselves from others. But to what extent does this compartmental approach threaten our freedom and personality? What divides the safe space from the potentially hazardous space? Who decides what belongs inside or outside the walls?

This time, Vanhaverbeke, a real handyman, fills the stage with site fences, storage boxes and a fuse box. He builds, drills and stacks, while in the music he tries to figure out what is bothering him. He gives spatial form to his inner world by means of DIY constructions, opening doors where previously there were only boundaries, and windows where until recently you saw only mirrors.

About Louis Vanhaverbeke Louis Vanhaverbeke (Ghent, 1988) has a keen interest in the clash of lifestyles and subcultures. He thinks of music not only as a way to express himself, but also as a means in his search for identity. As a teenager he switched back and forth between rapper attitude and wannabe rock star. By remixing different ambitions, he developed a very particular vocabulary: freestyle, hard to classify, but very intelligible.

Louis Vanhaverbeke graduated in 2010 from the atelier Mixed Media of Sint-Lucas Ghent (now LUCA), and in 2014 from SNDO, Amsterdam. He mainly creates performances and installations. Objects are crucial in his research. Plastic things, drum computers, little chariots and all sorts of other colourful gear are used to assemble his very agile performances (from The Car Piece over Kokito to The Bike Piece and Kokokito). Furthermore, he examines which kinds of spoken word may help him unfold complex ways of thinking. Through slamming, scatting and rhyming, he attempts to question his spot in the world.

In 2010, Vanhaverbeke participated as a student in CAMPO’s Mayday Mayday Festival. This encounter with CAMPO resulted in the creation of Kokokito, for which he received the Circuit X prize for young talent, at TAZ#2015. Meanwhile, CAMPO and Louis Vanhaverbeke started a joint trajectory, with MULTIVERSE (première TAZ#2016) as a first production. From 2017 onwards,  Vanhaverbeke will also be associated artist at Beursschouwburg (Brussels). Apart from touring with MULTIVERSE, he is developing MIKADO REMIX, his new performance which will be presented for the first time at Kunstenfestivaldesarts 2018.