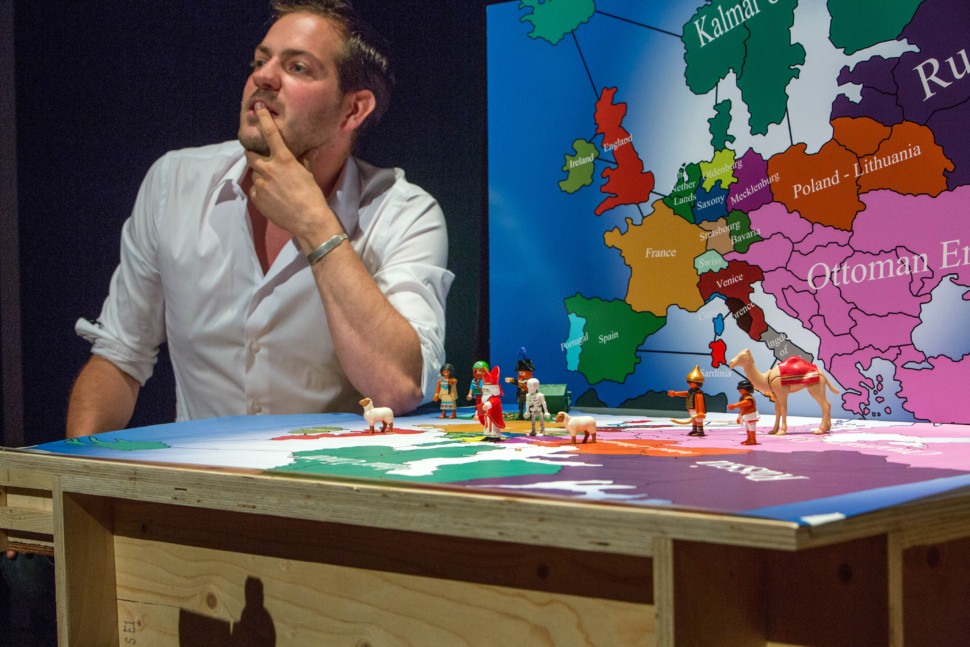 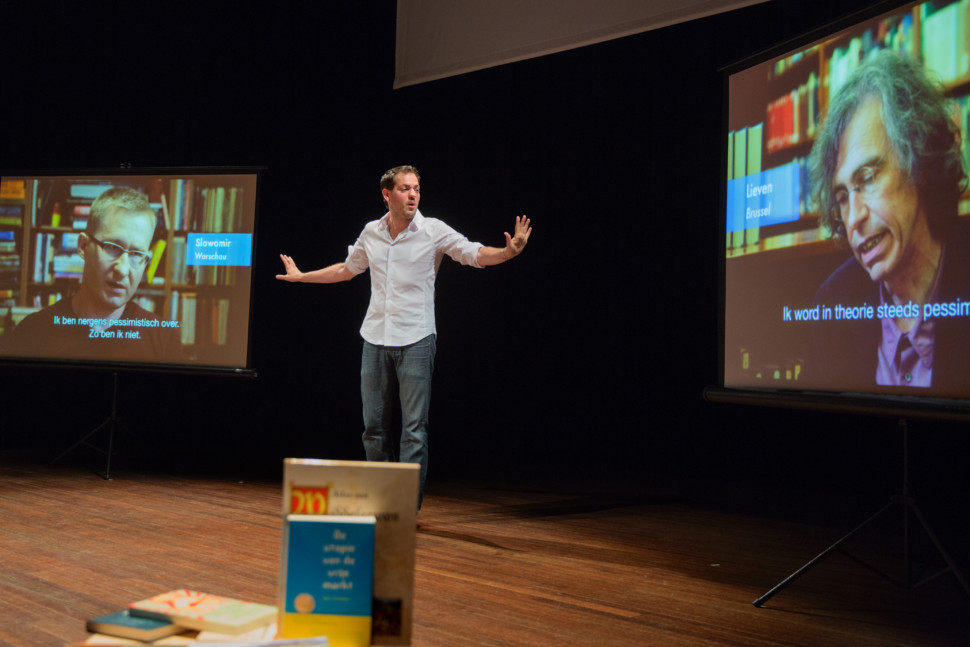 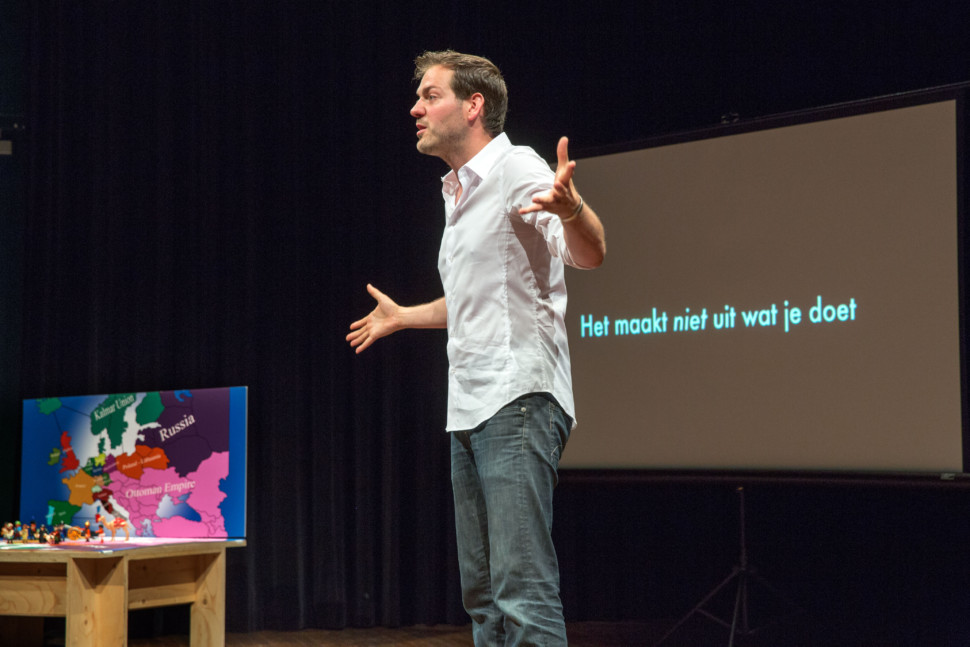 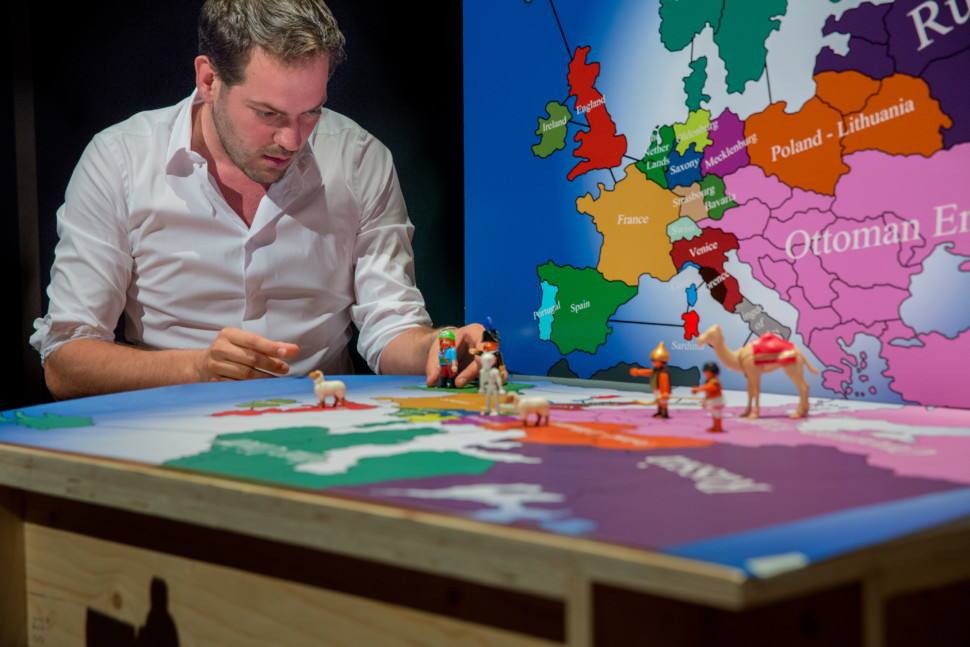 Note! The performance on 26 august at 14:00 is in English, other performances are in Dutch.

Attacks on European territory, refugees in overcrowded trains and closed borders. We can no longer ignore it: our European society is under pressure.

The development our continent is currently undergoing is the starting point for ‘De Man in Europa’. For this performance, Lucas De Man visited 17 cities in eight European countries within the space of a month. He spoke to historians about the great ‘old’ philosophers and creators such as Hieronymus Bosch, Erasmus, Thomas More and Luther, as well as contemporary creators: artists, philosophers and socially creative people in the broadest sense of the word, all searching for new ways to live together in these times of change.

In this way Lucas de Man compares the time in which our continent now finds itself with the former all-determining transitional period: from the Middle Ages to the Renaissance. At that time, in only seventy years a generation of visionaries arose whose ideas formed the basis for today’s Europe. Do we have people like this now too? Lucas shares with us the most important visions and points of contention among a new generation of Europeans.