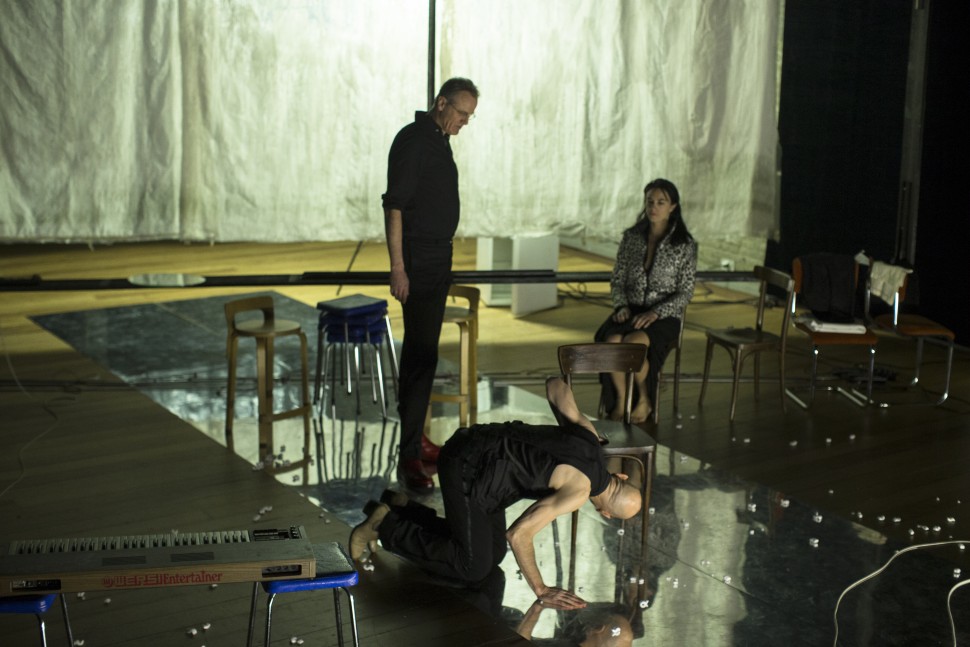 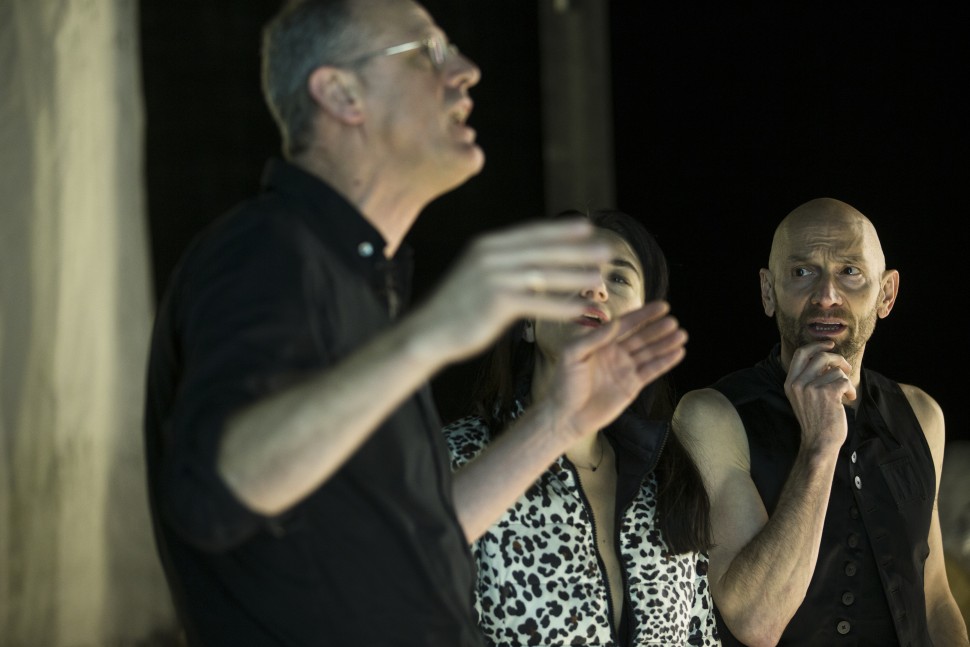 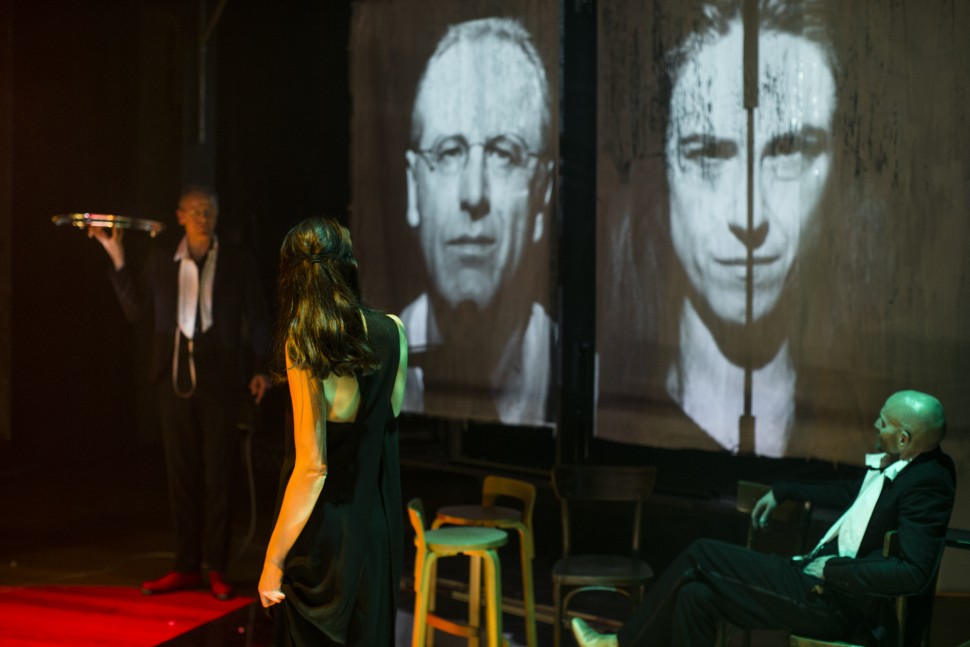 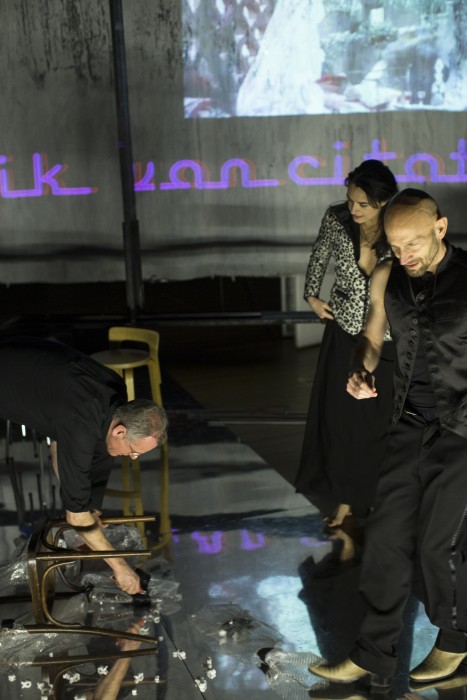 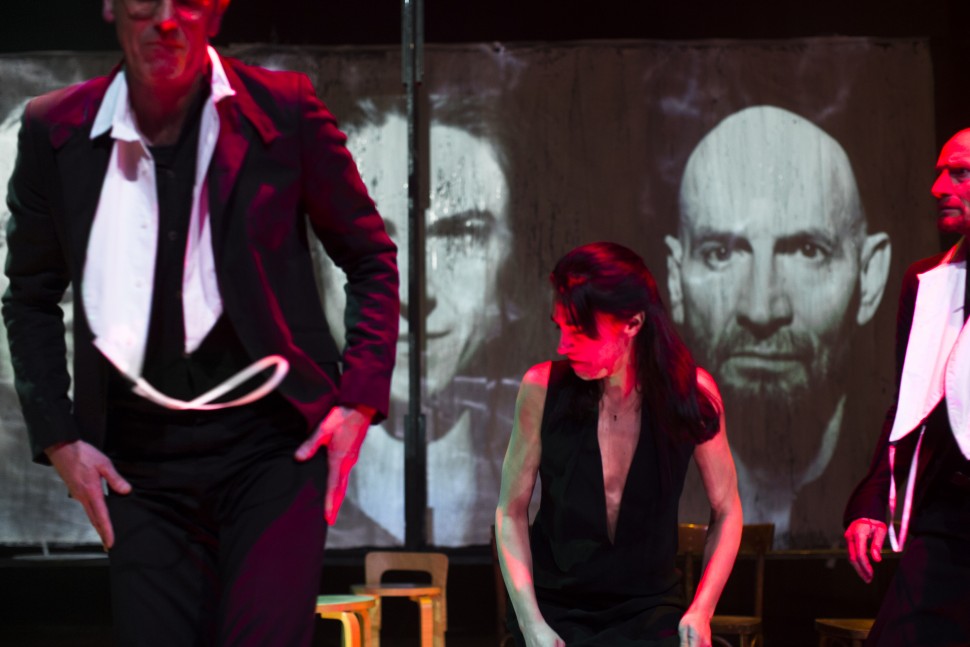 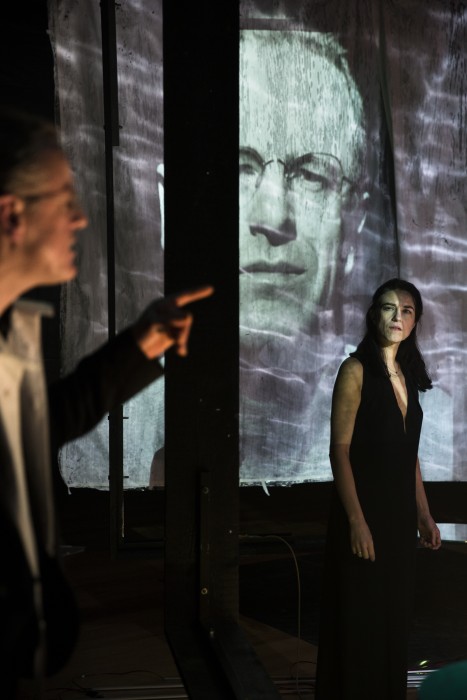 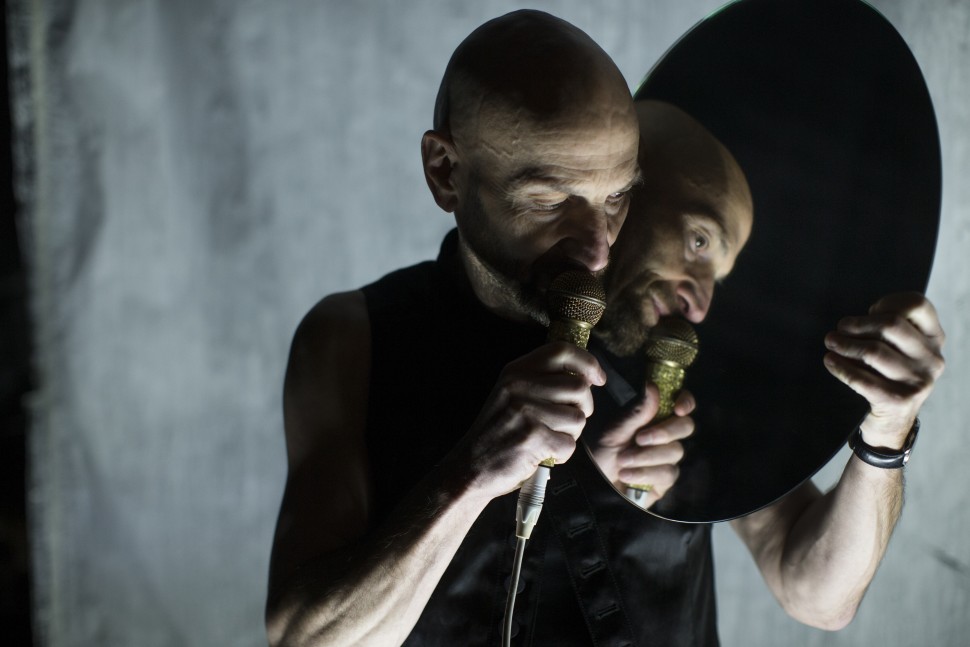 A Faustian descent to the places where power resides. Somewhere in the middle, so it seems.

We imagine that it begins quite simply. With an actress who decides to give up acting and enter into politics. Why not?
And why wouldn’t the first scene be set in the Ostend Queen restaurant on the top floor of the Kursaal in Ostend, where she reveals her plans while talking to her ex-husband?
And why wouldn’t they be joined by a waiter at some point?
And why wouldn’t the budding politician accept the waiter’s invitation to go downstairs to the casino?
And so the play, the budding politician, the waiter and the ex-husband are immediately able to become alienated, to immediately descend together, and become seduced into mixing noble beliefs with lust, greed, pride and the fear of failure.

As mentioned, the budding politician seeks the middle way. But the ex-husband and the waiter are also looking for the middle way.
The middle way, which is tenaciously sought by everyone, but which in the meantime just as quickly disappears – along with everyone.

Beckett Boulevard, a play of which we know that it starts somewhere and that it ends somewhere.
A badly-made play.