Music was my first love – EVOL

EVOL is a dance show rich in poetic and music material. Movements, carefully developped during improvisations in the studio, are actually physical representations of the poems of Rainer Maria Rilke. David Bowie’s music accentuates this physical narrative and the title is borrowed from one of the cult albums of group Sonic Youth. 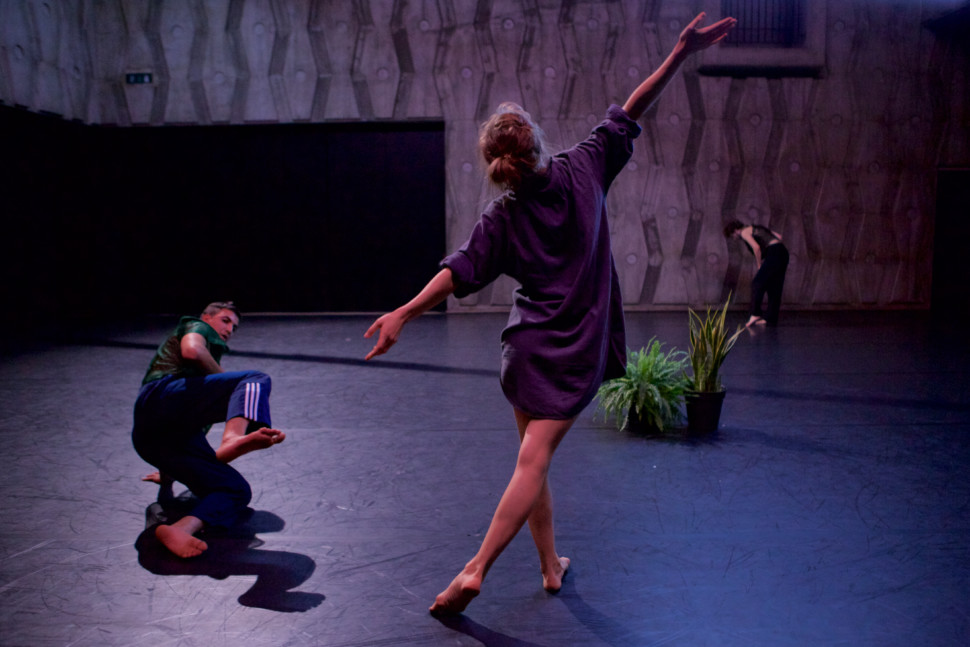 What connects Bowie’s music to Rilke’s poems are, as the author Claire Croizé says, certain themes that are present in both, even though created in different centuries. The ideas of love, death, chaos, but also, chaos and new beginning (as refusal of final end after death) that are present in poems, are sometimes, but not necessarily in a direct way, transposed in Bowie’s music – as Heroes is played when danced poem of Rilke mentions a young hero, Rock’n’roll suicide is played at the point that would normally be the end, but instead of it marks new beginning, as the story doesn’t stop there. The song Five Years has even deeper meaning in the show. It doesn’t reflect only the chaos, apocalyptic atmosphere that can be found in Duino elegies but is also a song that author identified with at some point – after facing the possibility to have an uncertain 5 year-long period ahead of her. Not all connections are that clear and that was the smart move of the choreographer: she didn’t want to reveal too much and spoil the effect the whole show would have on audience. In that way, the audience is free to try to figure out the codes dancers use.

The show borrows the title form the famous Sonic Youth album – it was published in 80’s and was significant for the American youngsters at a time. It was an album who sang about the disillusion of American dream and everything you are supposed to adopt from the surroundings as a child. This is also present in Rilke’s poems, his characters have this willing to displace themselves from already known. Even though Claire always wanted to do a piece with Sonic Youth music, this wasn’t the one for it since, as she says, Bowie’s music corresponded better to the idea she had about the piece and being known to broader audience, his music was a good choice to awake the collective memory and make this show personal in a way.  Anyway, she did keep the title of this album and gave an important place to one of her favorite music groups that influenced her adolescence.

Another thing that connects music and the poetry in this piece is love- it’s already present in the title as anagram of this word (EVOL – LOVE) and performance is a good example how the author put together love for one music group in title, while using music from another artist she loves and poetic ideas of third on the scene.

If you want to immerge in the music world of Claire Croizé and EVOL, listen to the playlist bellow.