‘How can we make our pieces be more than comments on the world?’ – interview with Luanda Casella

Brazilian-born Luanda Casella has been making theatre in Belgium since 2006 and explores the hidden politics and violence in language. Her latest piece Short of Lying appears as part of Het TheaterFestival’s #Nieuwjong selection which showcases some of the most exciting up-and-coming theatre-makers working in Flanders and Brussels. Yesterday she also gave the State of the Youth, in which she asked: ‘By “commenting” on the world around us haven’t we slowly made “misery” our own commodity? Aren’t we all regurgitating consciousness that does not turn into action?’ Here she outlines her artistic philosophy and why she’s still (somewhat) optimistic.

Language and its link to ideology is a common theme in your work. How did you get interested in this subject in the first place?

Luanda Casella: ‘I am a writer, so I think my interest in language is obvious. But I’m also a very passionate reader. I love literature and I started working a while ago with an ontologist, which is someone who dissects language. From that point on language and the manipulative power of vocabulary started to interest me more and more. ’

And throughout the pieces that you’ve made, how have you explored language in different ways?

‘Well, I’ve been mainly concerned with discourse and how we should analyse discourse. Some of my first pieces were linked with feminism and I also wanted to explore this idea of the exotic body, that I experienced when I arrived in Belgium. Actually, I started as a spoken word performer. I started to work with jazz musicians, studying their vocabulary, interviewing them, how they composed. So I tried to create a net of narratives, like jazz, something that you would not be able to follow from the beginning to the end, so the audience has to fish for meaning.’

‘Writing to perform is something that comes from spoken word. I work with spoken text. So I was also very curious when the book started to go around. I hoped that people would have a nice experience just by simply reading it. But the piece was about writing, about storytelling and the power of rhetoric in the mass of stories that are around us. So the idea of the lecture was to create a space in which you’re telling stories and manipulating people with the storytelling itself. But parallel to that, I wanted to expose the techniques that were being used. My main hope is that the work I do helps people filter stories for information, so they become more acute in dissecting and seeing the manipulation. So I hope it’s a generous act.’ 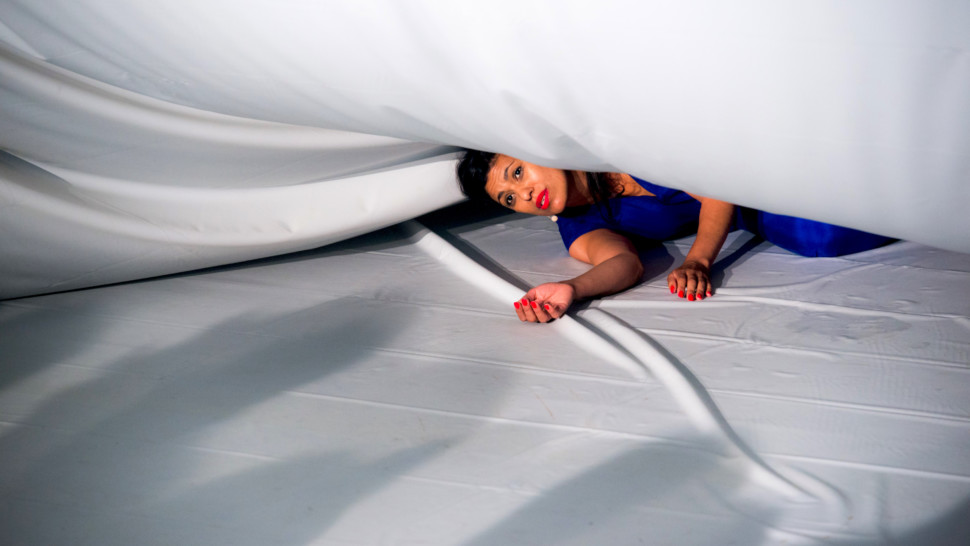 Over the last few years you’ve been involved in studying, as you call it, the ‘rhetorics of deception’, and the way in which narratives are misused in the media. Since you wrote Short of Lying, has your research developed further?

‘Before Short of Lying, when I was doing First is the Worst, I came across this figure of the unreliable narrator, a first-person narrator that uses specific techniques to confuse the reader. Unreliable narrators work with confessions. Short of Lying is also a confession, which is a very shady format. Someone could say: “Trust me, because I’m confessing,” while admitting: “But I’m a drunk.” So the reader is put in this position of deciding where to look for meaning.’

‘We are always in this sea of confusion. When there is a terrorist attack, a mining or ecological disaster, you can directly feel many different narratives coming in and overloading us. And the unreliable narrator in literature can train you in recognising this, so you become more and more aware of these techniques. In narratology, it’s a stylistic device. But I think when used in the theatre, it can be a style, a type of performance.’

You moved to Belgium from Brazil. As I, Liam, also recently came to Belgium, I was really struck by the fact that generally up to three different languages are spoken in the theatre at different times. How have you navigated that multilingual world here and how do you think that’s informed your work?

‘That is a difficult question, because I perform in English. I don’t perform in any of the languages of the countries I’ve lived in. I do speak Dutch, but even after ten years, I don’t feel like myself in that language. I find it a very indirect language. I wish I could have done my speech in Dutch, but sincerity and a language that you don’t feel comfortable in don’t go together.’

Now we’re curious about your next performance. Could you tell us more about that?

‘Yes, the name of the piece is Killjoy. It’s going to premiere here in Belgium next year, at NTGent. This title is inspired by Sara Ahmed’s A Killjoy Manifesto. The idea is that you’ll be able to recognise the violence in the world, call it by its name and be able to fight it with the right language, with the right attitude. The format of the performance is a quiz, so it also plays with the idea of knowledge. The quiz can be a very manipulative format. People might think they’re gathering knowledge, but nobody actually learns anything. A quiz does not help people understand the complexities behind a question such as: “What category was hurricane Katrina?” It does not teach us about the gentrification process that happened after the hurricane, or how politicians and institutions are dealing with climate disasters ten years on.’ 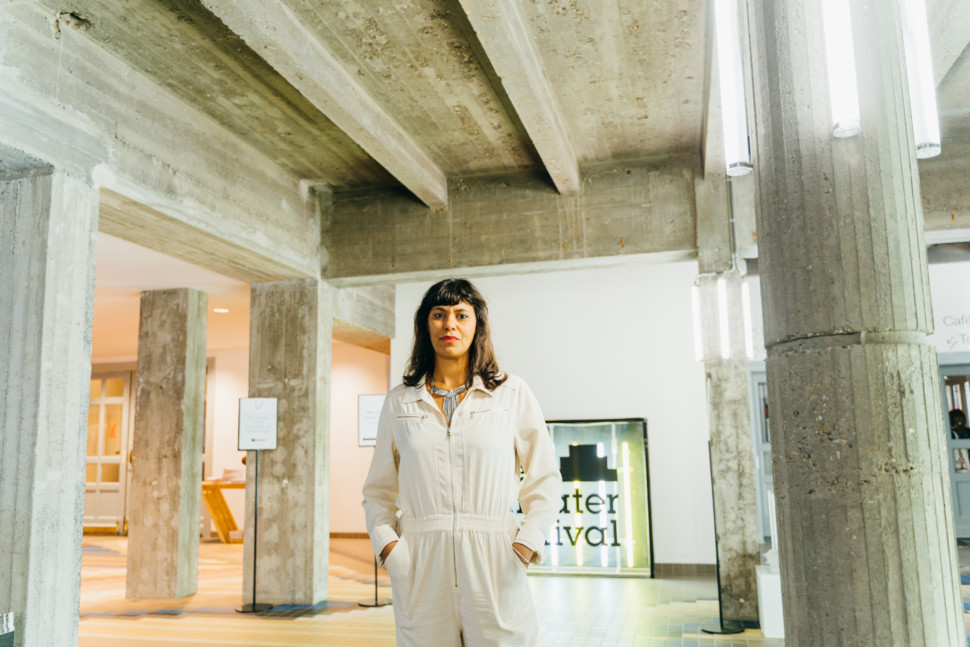 What was your first response when you were asked to write the State of the Youth?

‘Actually, I don’t feel so young. I’m in my forties, I’ve been working for a while. But the idea of this field is that when you’re new to the field, you become young. So when I was invited to write the State of the Youth of course I was very humbled by the invitation, and also confident that I had something to say.’

What inspired your manifesto at the end of the speech?

‘Well, I’m in a personal conflict: what is the role of us, artists? Because we’re facing so much disaster in the world and politics is so ugly. It’s so devastating to live with this feeling of powerlessness, that I’m always in conflict: should we become activists or not? Should we stop doing art? What is the purpose? How can we make our pieces be more than just comments on the world? We have to create tools with our artistic practices, we have to make things manifest. And the manifesto is inspired by women that I love and who helped me or taught me to become more ethical in my life, but also in my practice. I think when we make a piece, we reach four, five thousand people, that’s still a lot of people. So we are doing something.’

It sounds like you are positive that through your work, readers can really learn how to deal with the ‘sea of confusion’. Are you optimistic?

‘I am optimistic about education in general. It’s a big weapon we have. And if you have the chance to be in an institution, I think it’s a duty to try to open the discussion. I teach at LUCA School of Arts and we see the students becoming empowered when developing a project. I think you also have to know when to shut up as a teacher, you have to learn from your students. And when dialogue is going on, I think progress is going on. I presented the Killjoy quiz (at the Edinburgh International Festival, red.) and someone from Extinction Rebellion (a climate protest group, red.) asked if they could use the quiz in their movement and in their classroom! It’s amazingly gratifying, to see people use something you made to help others and to start discussions. So I’m optimistic about education, I’m optimistic about the arts.’

‘But I am pessimistic about the world. Of course, I’m desperate, you know, like everybody else.’