We all know what’s typical for Belgium: fries, beer and chocolate, but what is actually typical for the Belgian performing arts scene? We asked that question to some of the international programmers from Highlights from the Low­lands, a visiting program organised by TheaterFestival, Kunstenpunt and Dutch Performing Arts. For the next three days, it will focus on theatre and interdisciplinary work. 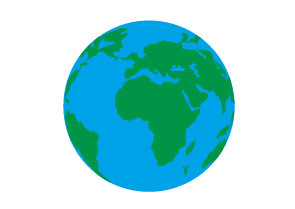 ‘I’ve seen very little Belgian work in India itself and that’s one of the reasons why I’m interested in a closer dialogue between Belgium and India, especially because the contemporary dancers that I know in India, who are connected to Europe, keep talking about Belgian work specifically. They are very interested in the unique voice that is coming out of Belgium, specifically in the dance scene. Of course, you have household names like Anne Teresa De Keersmaeker, but also young contemporary voices are being heard. The first time that I saw Belgian work was last month at Edinburgh Festival Fringe. For me that was quite eye-opening. What I found unique about the Belgian voice is that there is a quirky sense of the unreal and real mixed together. There is a gentle and yet very radical way of looking at the world. There’s a very self-ironic way of looking at who we’ve become and what the world is going through. It leaves the audience feeling disturbed in the right way.’

‘The strength for me in the Belgian scene is that there are no specific leading topics in general. In Poland for instance, the topics are based on history and are often times very specific to our culture. It has massive narratives and I think that the Belgian performing scene is different in this aspect. I don’t want to generalise it, but I feel there’s more space for universal and existential questions. It’s investigating more the presence of the body, also in relation to the space and in the context we live in. The field is more international and it is visible in their productions. People come from many different contexts, other countries, other realities and therefore the scene becomes more diverse and less specified on a country. There is in many performances a lightness, an irony, a safeness. There is air to breath. It’s more abstract and therefore more universal. In Polish theatre, work focuses on our problems, our issues. Of course, Polish theatre has many strengths and brilliant directors, but it’s difficult to translate these into foreign contexts. That’s for me the main difference, but I am not a critic or theatre historian who is specialized in this. My opinion is based purely on intuition.’

Tobias Brenk, curator of the Theaterfestival in Basel, Switzerland

‘I like the Belgian theatre scene for its content. There are many similarities between the Belgian and the Swiss scene: first of all, in both countries there are three official languages. Both countries are buffer zones in between the others and there is a big cultural diversity in the country in itself. Belgians are a mirror of the Swiss. The field is strong in its diversity and established household names exist next to young artists, which are being supported. In Basel, I programmed many Belgian pieces like Requiem pour L. from Les Ballets C de la B or Voicing Pieces from Begüm Erciyas, amongst others.’

‘What is characteristic for the Belgian, and more particularly Flemish contemporary performance and dance scene, is that it is one of the most dynamic communities in the world. There is actually a “scene” with all what that entails: a cohesive artistic policy, a healthy network of institutions of varying sizes that to a large degree find ways to collaborate, a community of makers, performers, and artists from all over the world that make the scene truly inspiring, a truly impressive system which allows public support (of course support within the arts is never proportionate to other budget lines such as military complex, etc.) for a variety of organisations that all together make up the very sophisticated and thought out scene — where else could Campo and State of the Arts exist?’

‘The Belgian theatre scene has gone through many shifts since the so-called “Belgian Wave” in the late 70s. In the early 80s, it started to gain international attention. It is enormously hard to characterise the, may I say, Flemish theatre under one label. At the same time, the international theatre scene, as well as the Flemish one, is under a permanent shift linked to time. Next to the contemporary spoken word theatre developed by companies as De Koe, Tg STAN and others, one can observe a new development within the Flemish performing arts that’s deeply rooted in personal histories, socio-political urgencies, flirts with visual arts and which show an eagerness in bending forms and ideas. It would be hard to state that the Belgian theatre scene is unique in what they are doing. One thing, which is for sure, is that over the years the Belgian theatre artists organised themselves pretty well and got well backed up by organisations, theatres, agents and festivals who really take care of them. This, and the fact that artists dare to take risks and aren’t afraid to go for exactly the form they want their work to have, might be a factor which characterises them with all ups and downs included.’