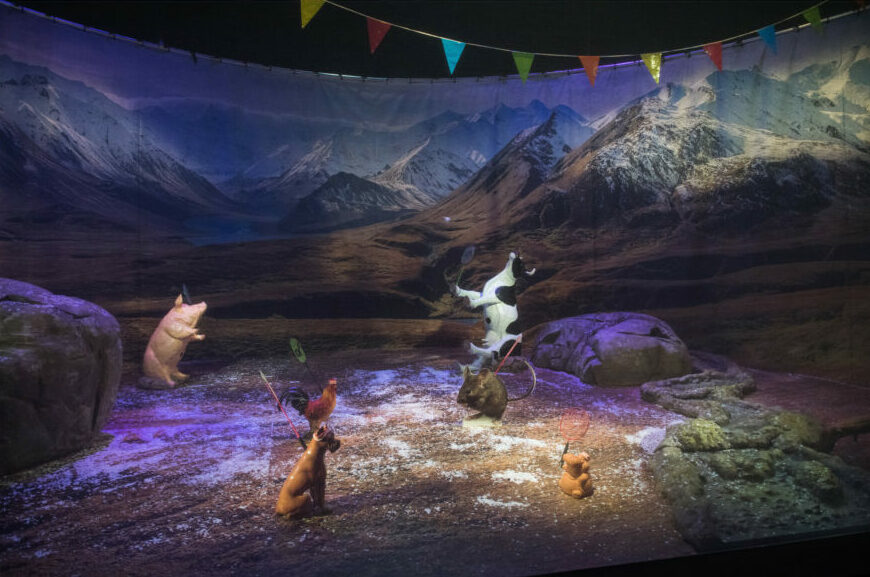 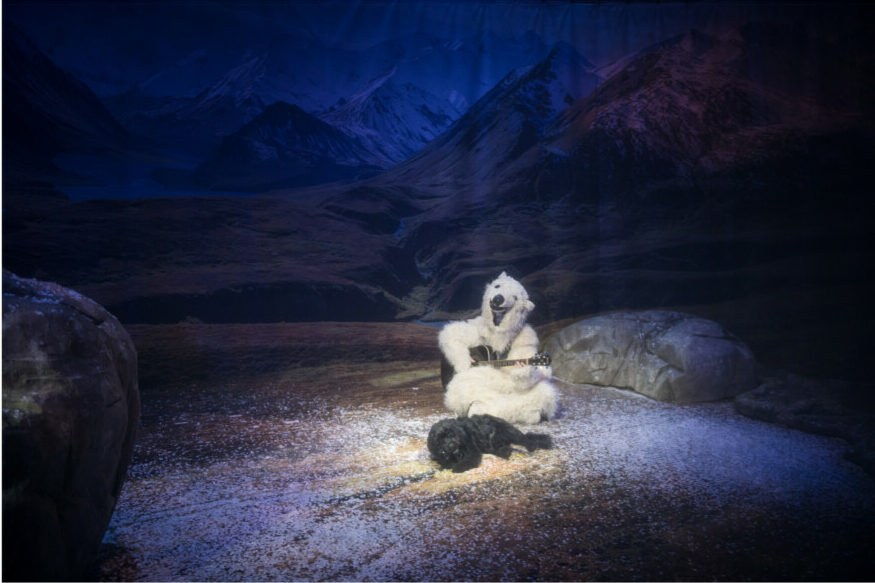 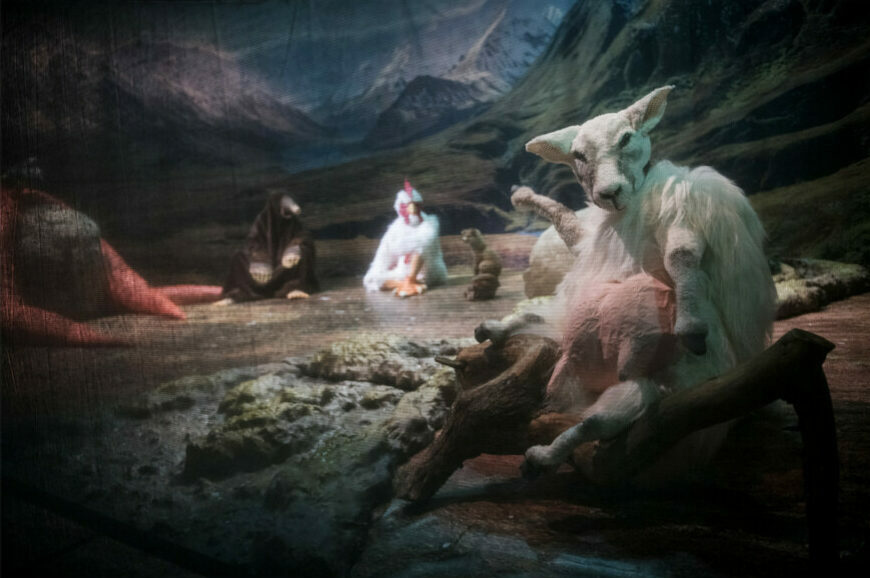 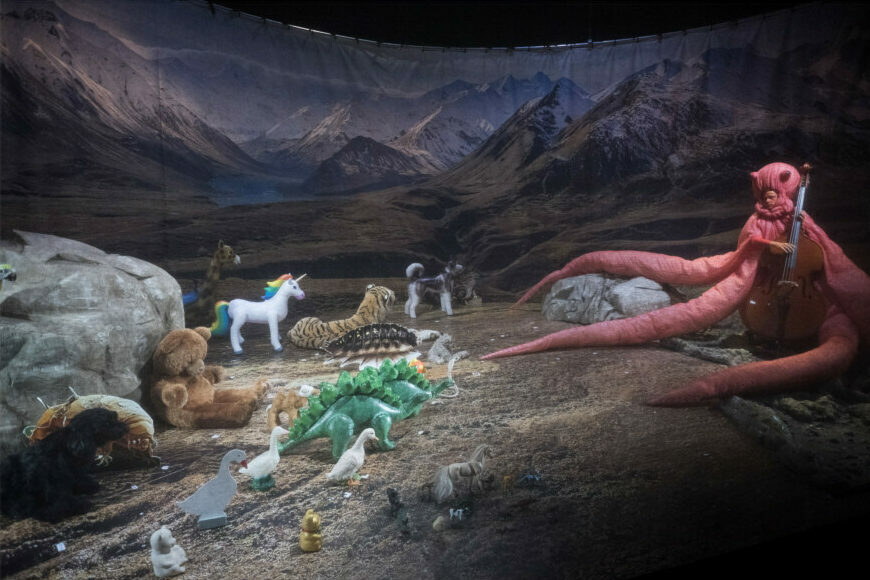 “Witty, critical and challenging. The animal, the animal and the beast is a hit on all fronts.”

“Its originality is without parallel.”

“It is incredibly clever how batelaan manages to create a disruptive balance between humour and drama in this bizarre musical: the presentation is intensely humorous, but sterre's heart-wrenching loneliness remains palpable.”

The animal, the animal and the little creature

A musical fairy tale about an ordinary eight-year old girl. Every morning, a dog walks to school on the other side of town with two dinos. She very much enjoys Mr. Octopus’ class, even though she has some trouble concentrating. A shark goes to supervise her in class. How can they help her? Should she be looking to switch schools? With her paws/fins/wings quivering, she gets in the hippopotamus’ taxicab. Will the teacher be just as nice over there? And what about the party she was planning, in the springtime?

Within a diorama filled with animals, heartstrings and good intentions, Theater Artemis transforms the mundane into a dream-like ‘musical’. A fairy tale with live songs about school counselors, badminton, and being the odd one out.