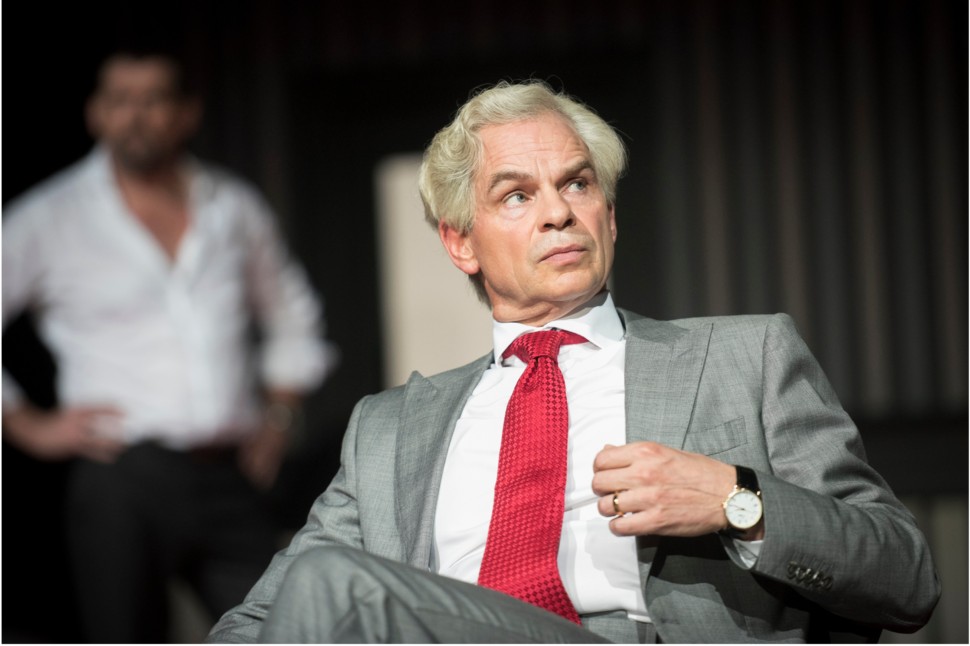 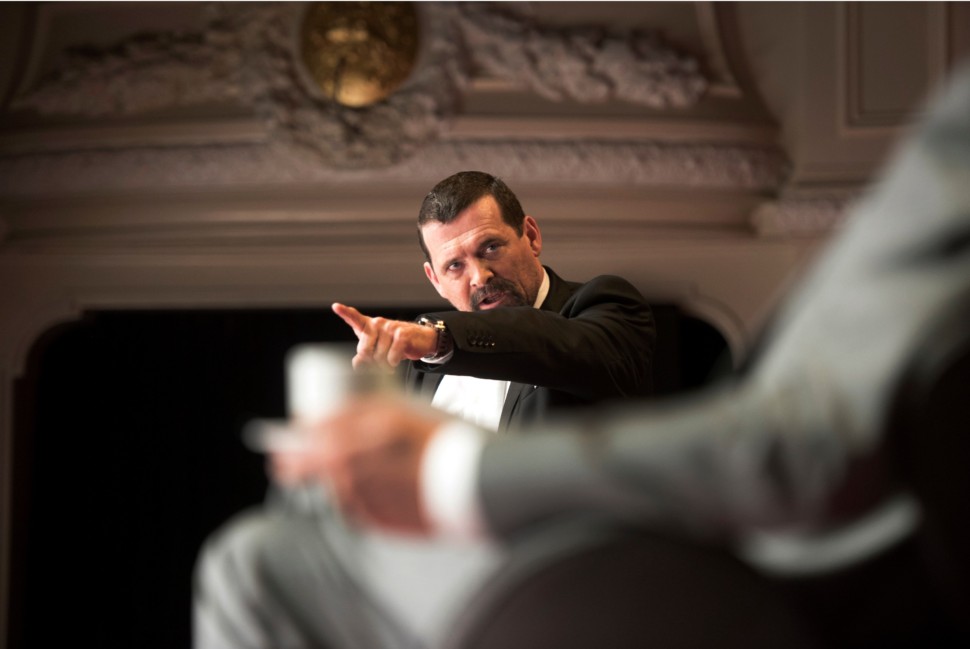 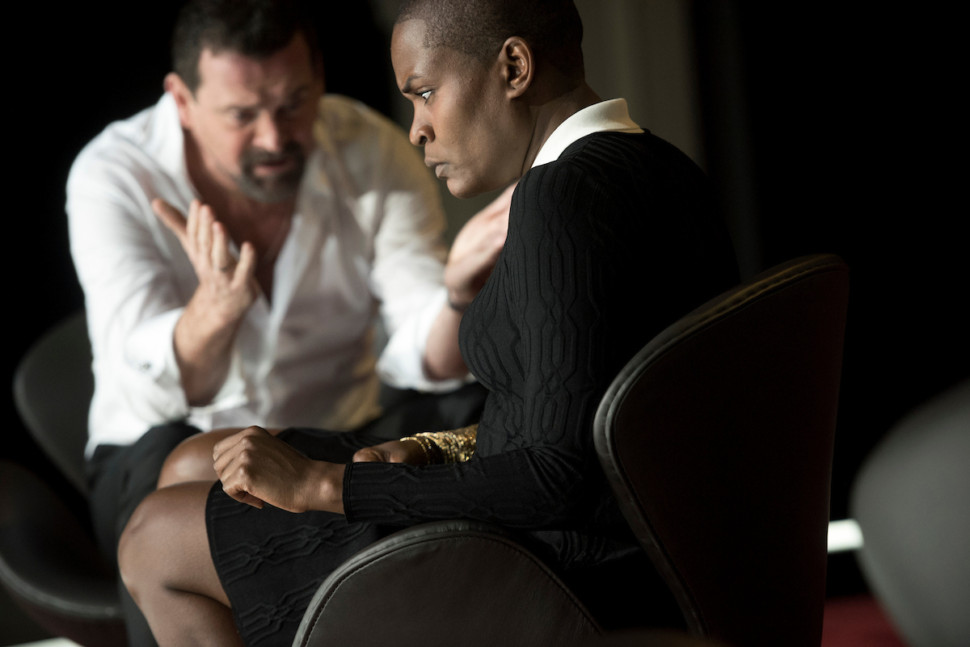 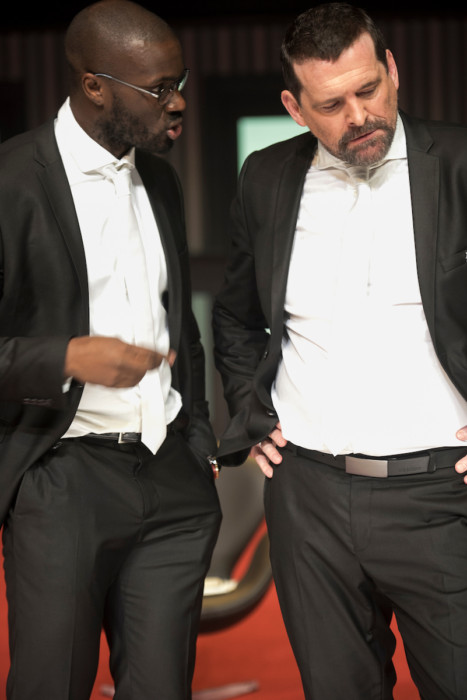 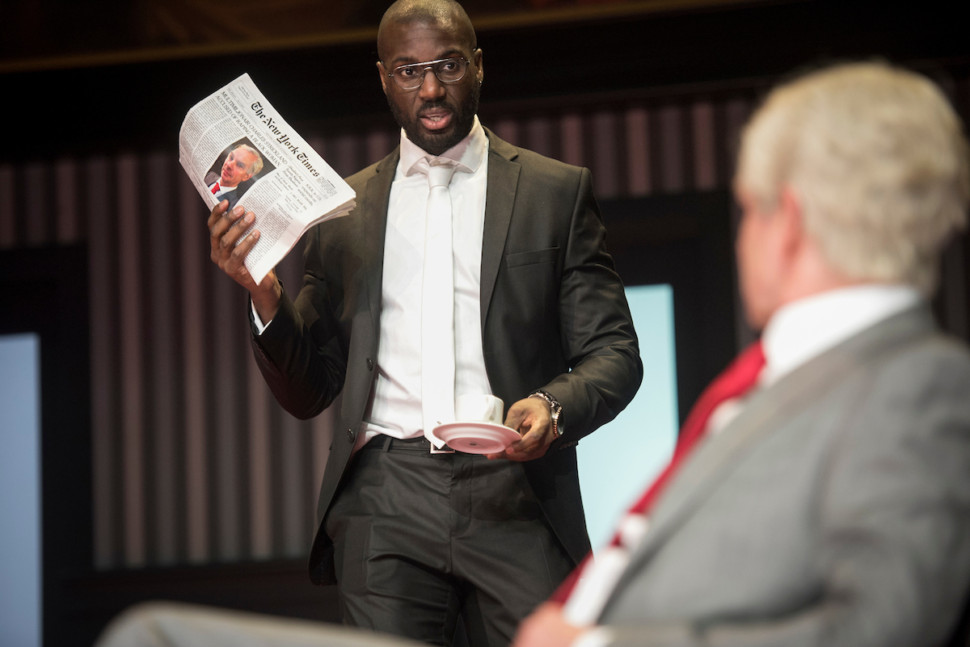 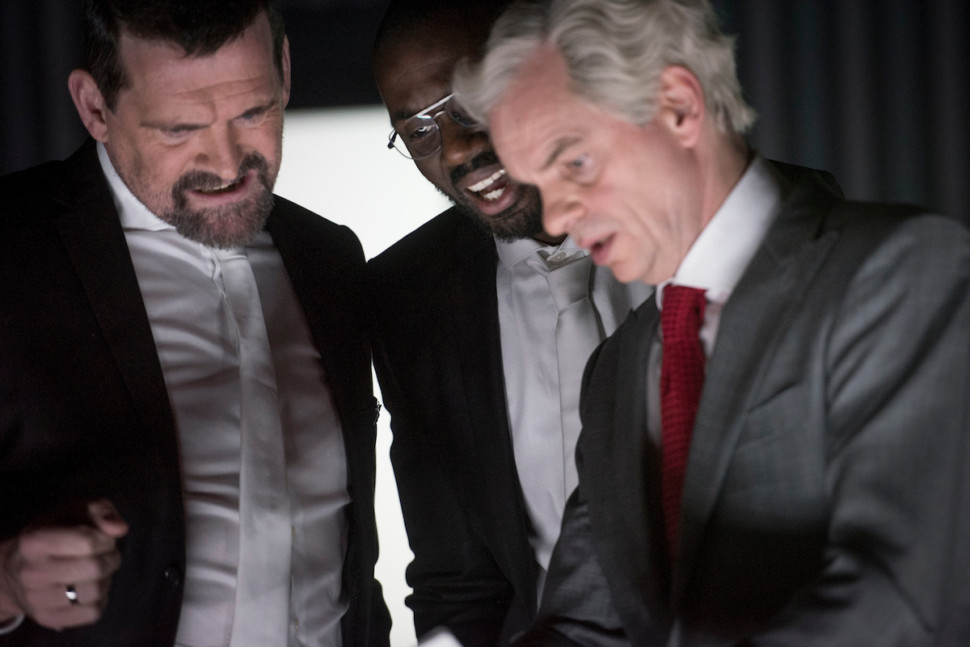 Two seasoned top lawyers – one black and one white – are approached by the rich, white businessman Charles Strickland. He is accused of assaulting a black woman in a hotel room. While the media have already branded him a ‘sexist’ and especially a ‘racist’, he claims to be innocent. When the black intern Susan meddles in the case too much, a battle erupts in the lawyers’ office in which guilt, sex, lies, and race form an explosive cocktail. How black and white is this case?

RACE, Eric de Vroedt’s debut as the artistic director of the National Theatre, is a fast-paced and thrilling lawyers’ drama about the destructive effects of (positive) discrimination. David Mamet through visual spectacle and ambiguous acts.

David Mamet wrote this powerful and successful play in 2009. It was praised for its provocative humour and fast-paced dialogues. David Mamet won the prestigious Pulitzer Prize for his play Glengarry Glen Ross and he was nominated for two Oscars for his screenplays for The Postman Always Rings Twice and Wag the Dog. “RACE is a play about lies. In David Mamet’s own words, “It treats racial difference, the fact that everyone (consciously or subconsciously) still acts based on racial difference, and the lies that we tell ourselves about it”.
The director and our new artistic director Eric de Vroedt is staging RACE as a fast-paced lawyers’ drama with visual spectacle and ambiguous acts. Eric de Vroedt (1972) graduated from the Arnhem Theatre Academy in 1996. Since 2004, he was particularly noted for his ten-part project mightysociety, committed theatre about burning social issues. The performance series won numerous awards, such as the Critics Prize, the Amsterdam Prize, and the Theatre Audience Award at the Theater aan het Spui. In recent years, Eric de Vroedt has worked as a freelance director for the Toneelgroep Amsterdam and Schauspielhaus Bochum, amongst others. He also coaches several young directors.

ATTENTION: For visitors who would like to see the English subtitles, please take place at the back of the venue.