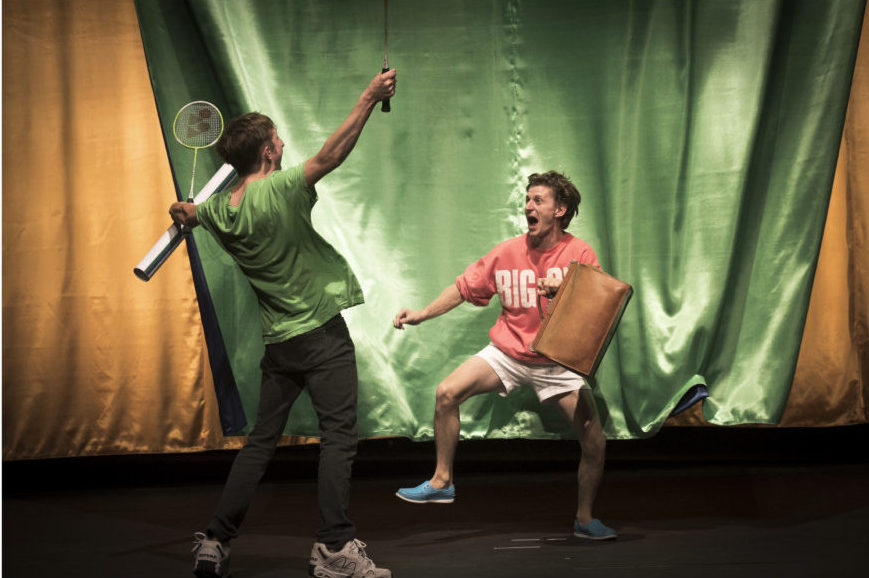 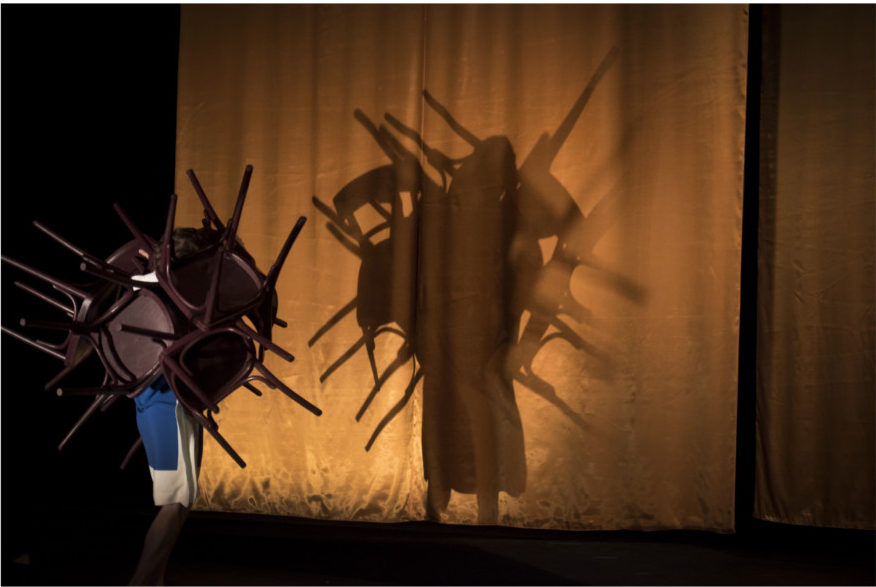 Let us forget reasonableness for a while and succumb to wantonness.

Thousands of years after Babylon, all is still confusion on earth, in our minds and in our lives. We behave in a dignified manner, constantly restraining ourselves and obediently walking between the lines. But occasionally we give in and explode. This is also the case in our theatre.

Sometimes we become completely wanton and cantankerous, in revenge for this sometimes meaningless life and a society that puts too much pressure on us. All there is is so-called reasonableness. As well as all those troubles at home, the quiet aggravations that consume us. Where is the wild and the flamboyant?

Poepsimpel is a performance that gives us light and air both inside and outside. It tells the story of a family reunion held on the estate of ‘the baron’. He has sold his castle and for the last time invited the people that are dear to his heart. His wife and son are among the guests, but also his new young flame and a neighbour down on his luck. They experience a final summer on the boundary between past and future.