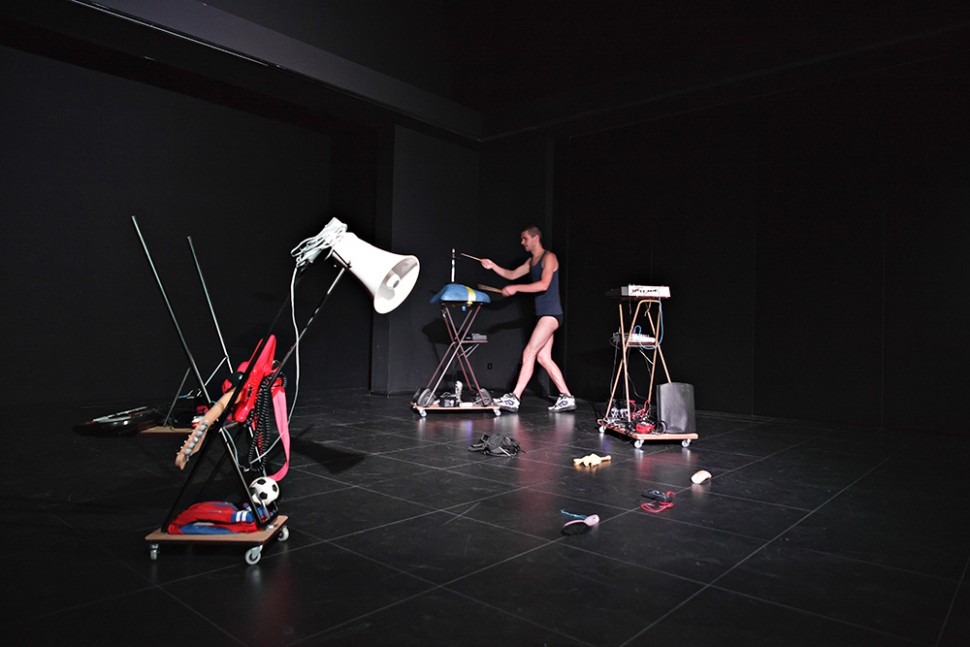 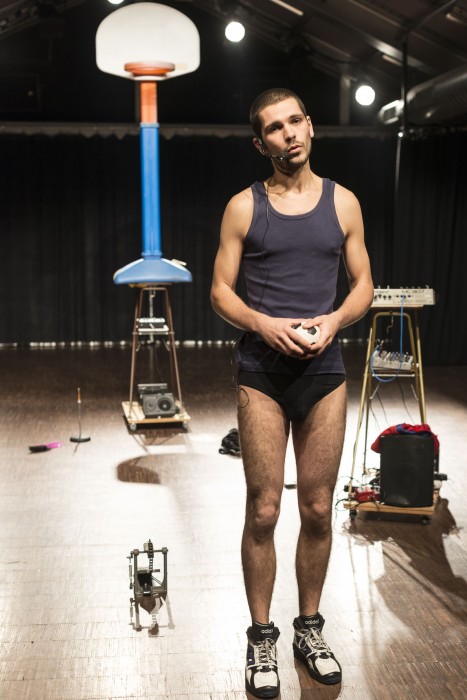 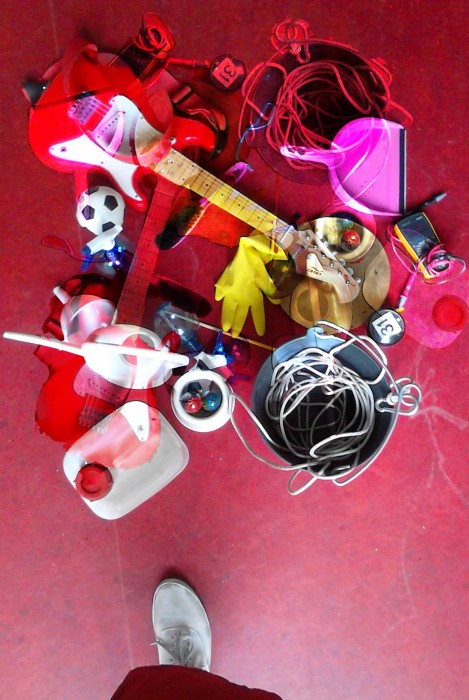 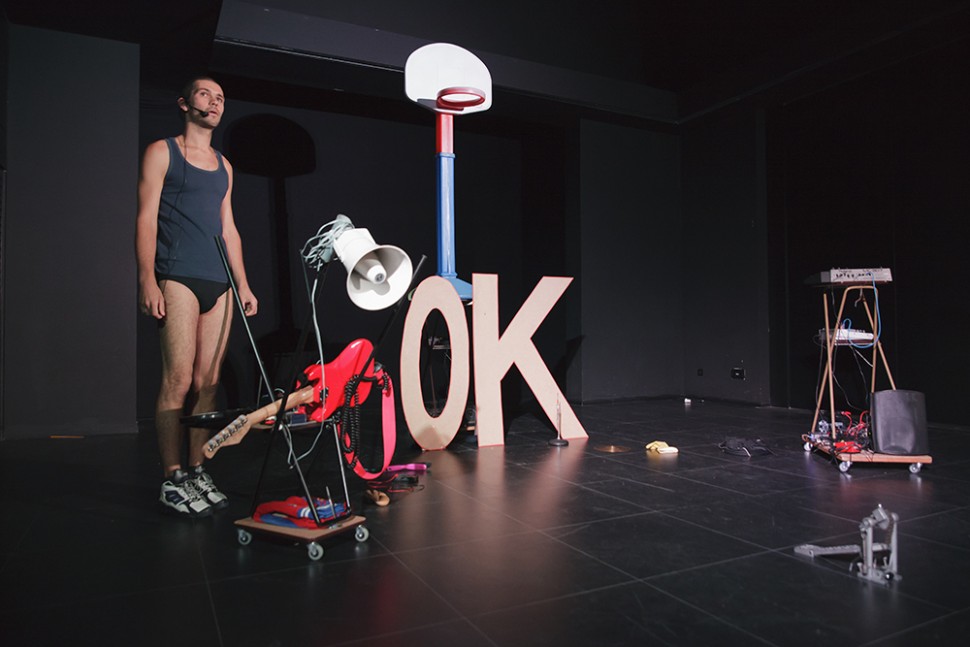 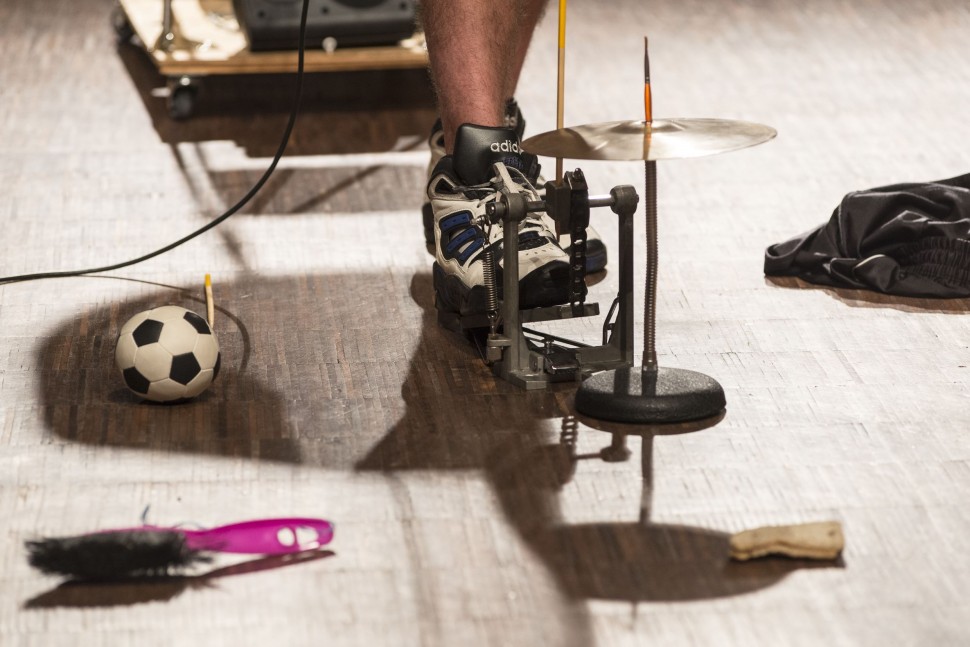 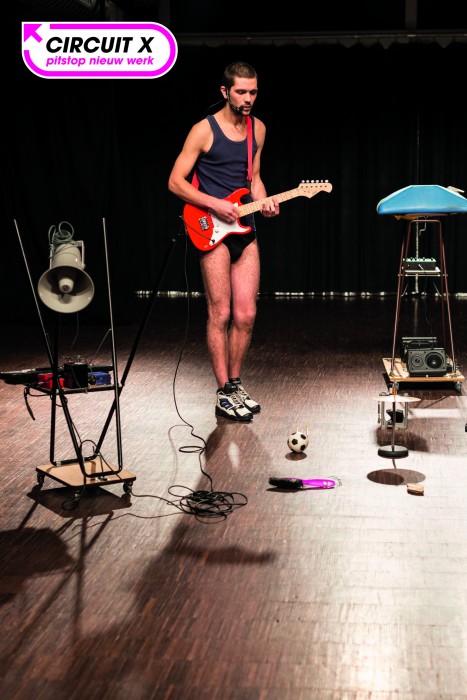 ‘Kokokito’ is a game-led lecture-performance by the young choreographer and performer Louis Vanhaverbeke. In this solo performance he dances-plays-tinkers-slams his way around the space, flirting with a concert setup. Fascinated by the spoken word, Vanhaverbeke seeks the relationship between language, movement and bungling. ‘Kokokito’ is a multiple attempt to unfold our complex way of thinking, and, while slamming, scatting and rhyming, to question our place in the world.

Louis Vanhaverbeke (1988) completed his studies at Sint-Lucas in Ghent in 2010 and at the SNDO (School for New Dance Development) in Amsterdam in 2014. In that same year he received the Krisztina de Châtel Award for most promising choreography at the Amsterdam ITs Festival.

His artistic practice consists of creating performances and installations with objects or junk, as he puts it. Plastic objects, drum computers, trolleys and all sorts of colourful gear are used to assemble his extremely mobile performances.