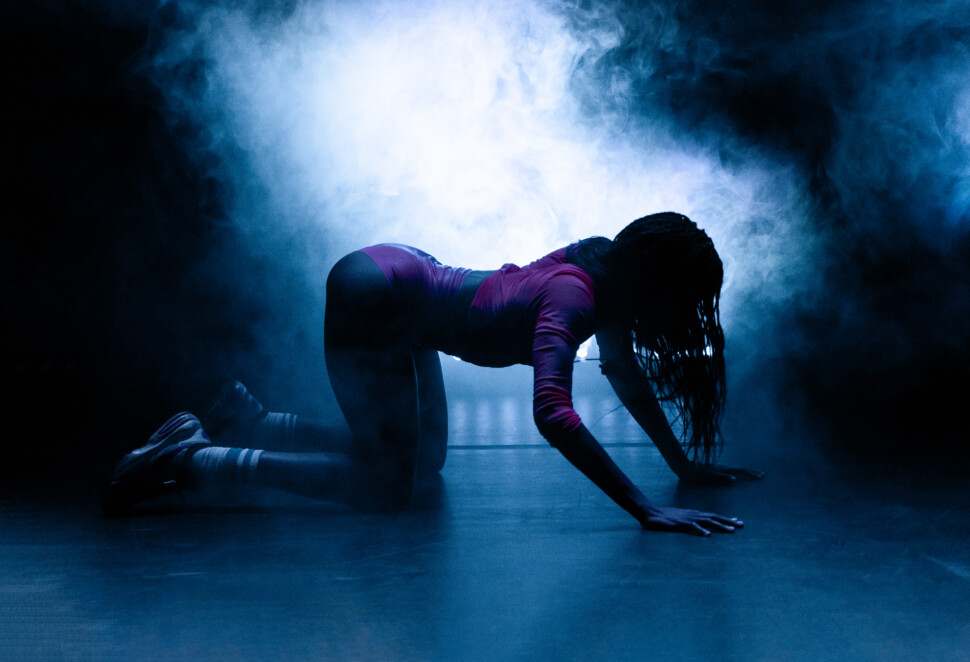 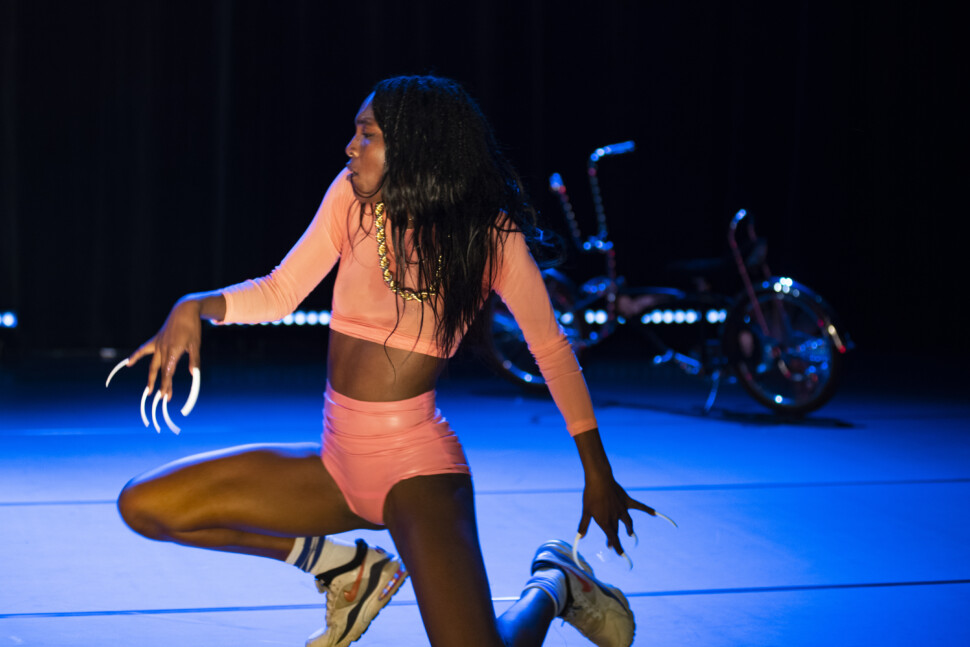 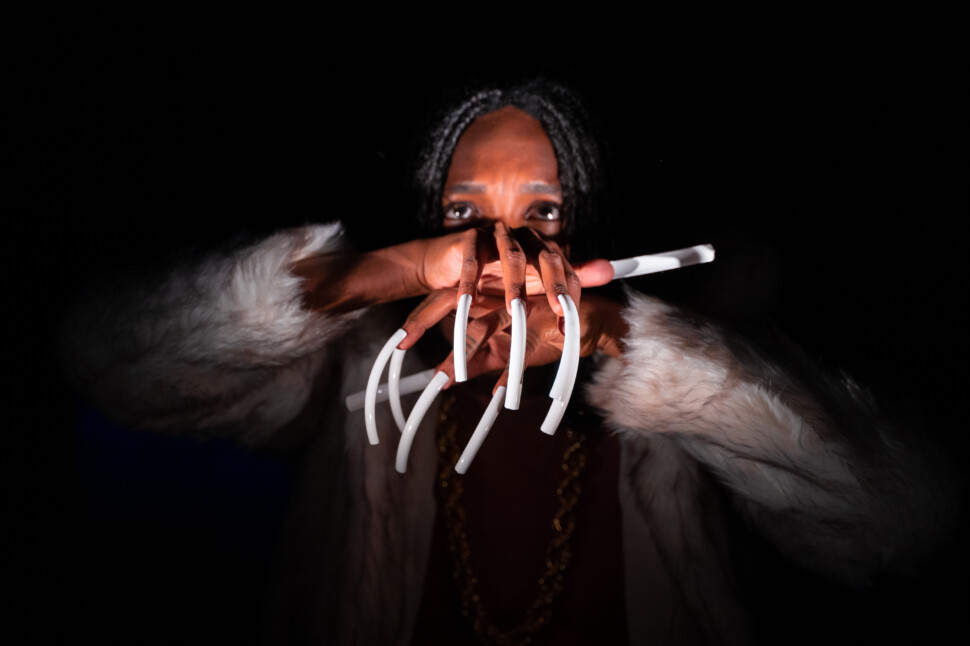 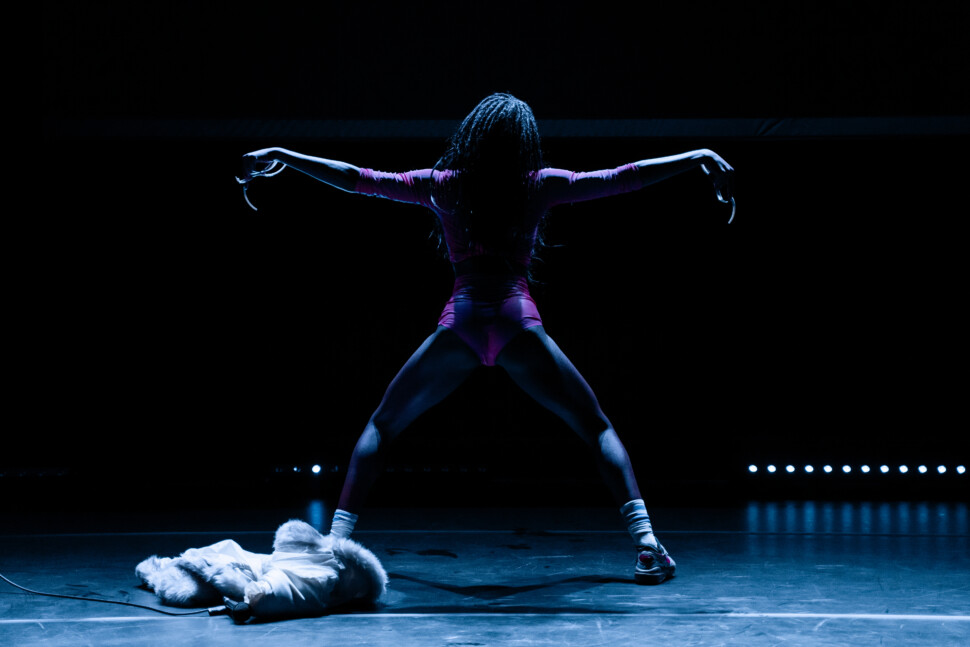 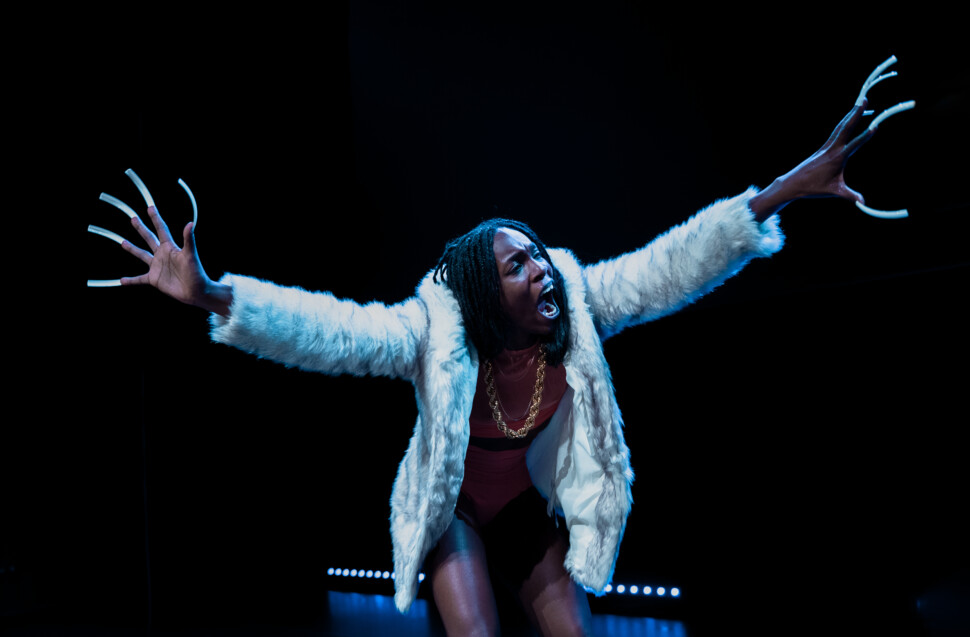 “Menzo is a force to be reckoned with, not only as a dancer, but also as a brave maker of her own work.”

“A dazzling dance performance, full of details and dramatic moments that convey both admiration and confusion.”

Jezebel is a dance performance inspired on the Video Vixen: a female model that appeared primarily in hip-hop oriented video clips in the late 90s and early 2000s.

The objectifying lyrics, often written by men and the sensual, seductive and scantily clad appearance of the vixen do not alter the fact that her presence and performance have a major influence on the image of the video clips and the popularity of the artist. They were hyper sensual, followed the Ride or Die stereotype were at the same time very independent.

The repetitive images in hip-hop videos reinforce stereotypes that are mainly associated with black/women of colour. Unwilling to be defined by others, Jezebel navigates through the landscape of hip-hop culture and looks for ways to reclaim her image. Can Jezebel deconstruct the controversial stereotype associated with the black hip hop honey? How does this video girl redefine herself in 2019?


Please note that a strobe light is used in this performance!
duration: 60 min.
language: Language No Problem
dans, performance

Cherish Menzo graduated in 2013 from The Urban Contemporary (JMD) at the ‘Hogeschool voor de Kunsten’ in Amsterdam. After her graduation she has danced in several productions of various choreographers such as Eszter Salamon, Akram Khan, Leo Lerus, Hanzel Nezza, Benjamin Kahn, Olivier Dubois, Lisbeth Gruwez, Jan Martens and Nicole Beutler. Next to her work as a dancer and performer Cherish creates her own work.