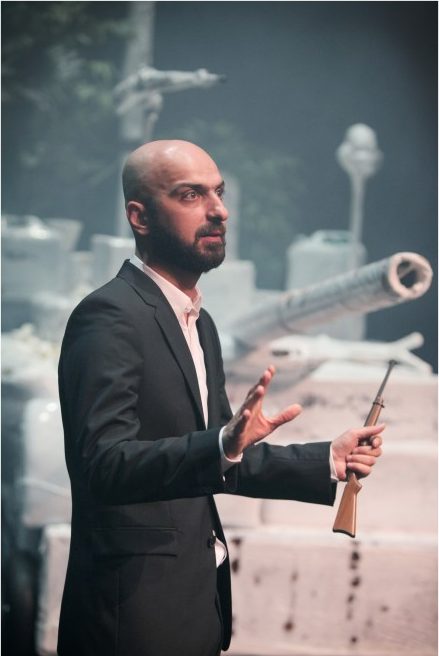 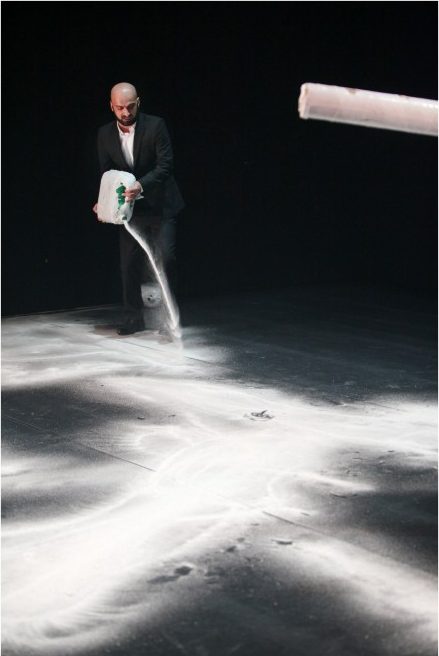 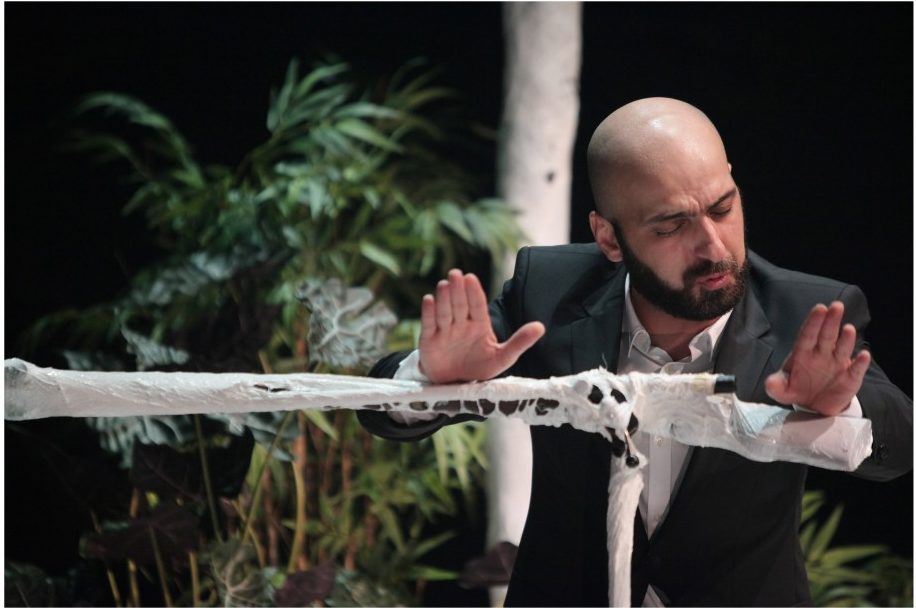 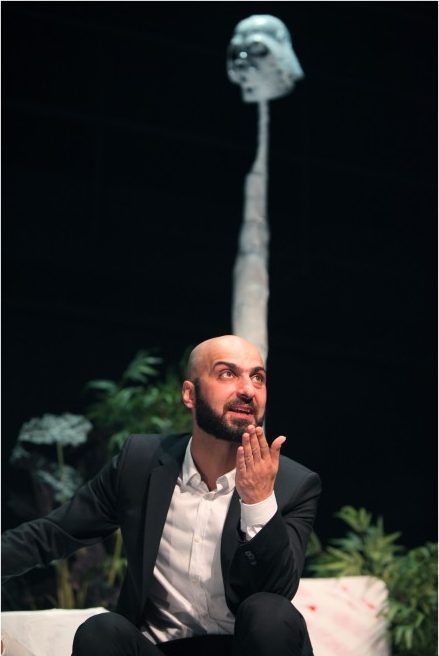 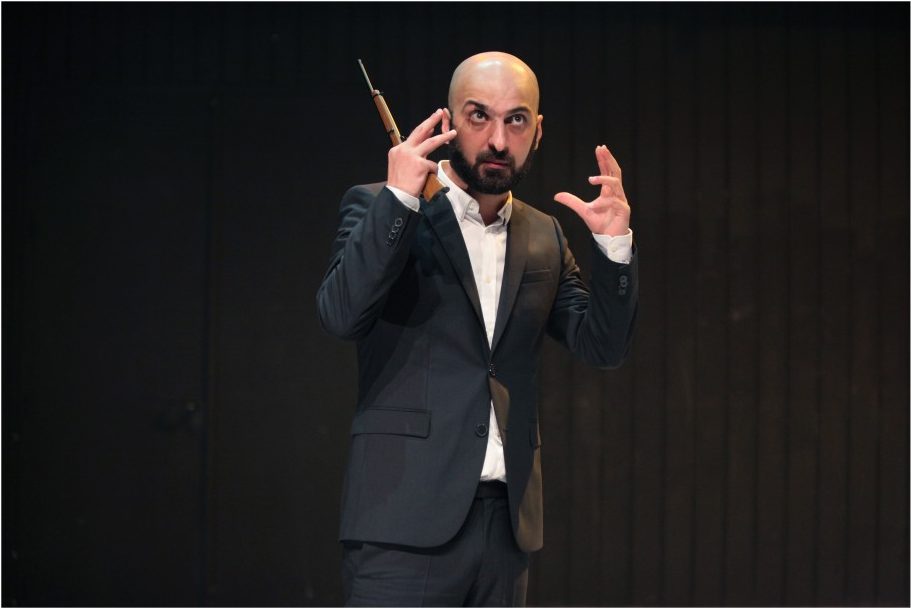 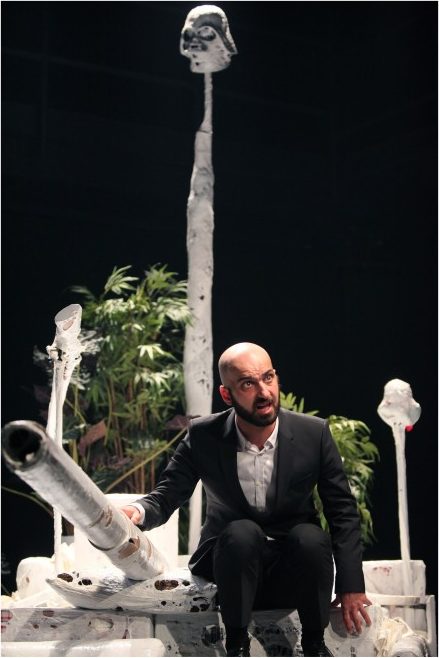 How did we get here, you may wonder. More importantly, where do we go from here?

In this socially critical and highly personal portrait, theatre-maker Sadettin Kirmizyüz takes stock of his work and his life. The birth of his son has radically changed his view of the world and with it his view of theatre and of himself. In recent years Sadettin has been especially praised for the light-hearted, amusing and eloquent way he has brought complex issues such as integration, terrorism and populism to the stage. But what have these performances actually generated? Have we come a step further? Or is it time for something far more radical?

Why, Sadettin wonders, have I never become radicalized? This question takes him to Syria, the Painters’ District, his childhood, his family members, but also to right-wing blogs such as ‘Nederland mijn Vaderland’ (‘The Netherlands my Fatherland’). He moves between the perspectives of the radical Syria-goer and the apostate Muslim who is rejected by his own Muslim community, but at the same time embraced by the West. This conflict reveals painful doubts and seemingly insurmountable dilemmas, as well as the loneliness and emptiness behind the joke.

This performance is the final part of the Hollandse Luchten trilogy. In 2014, together with Marjolein van Heemstra Jeremia, Kirmiziyüz has created a performance about freedom of expression that was selected for the Dutch Theatre Festival. In 2015, this was followed by Pandgenoten, about the tensions, ideals and developments in Dutch housing policy.