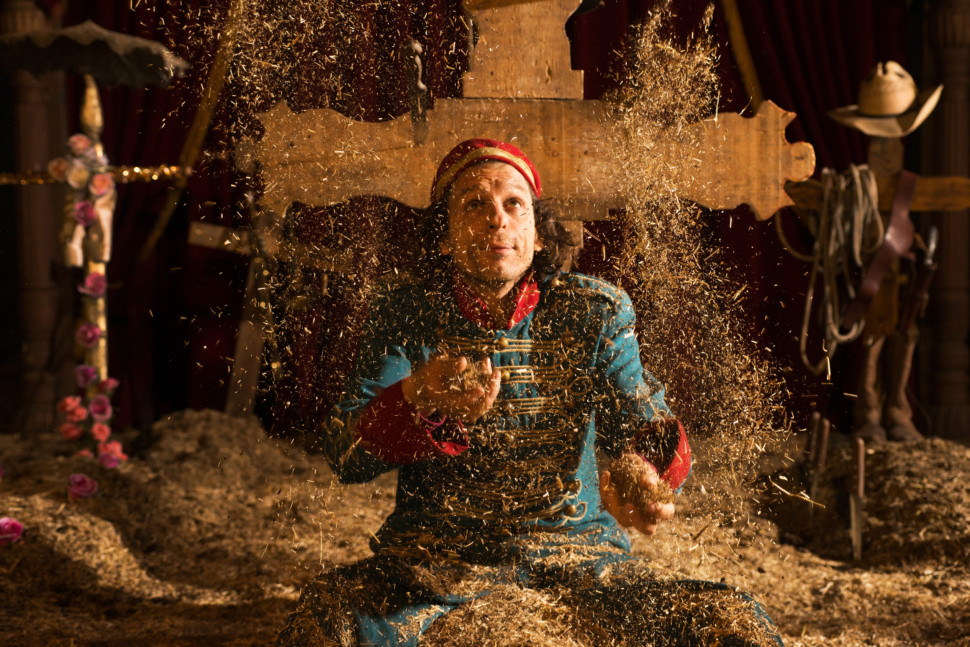 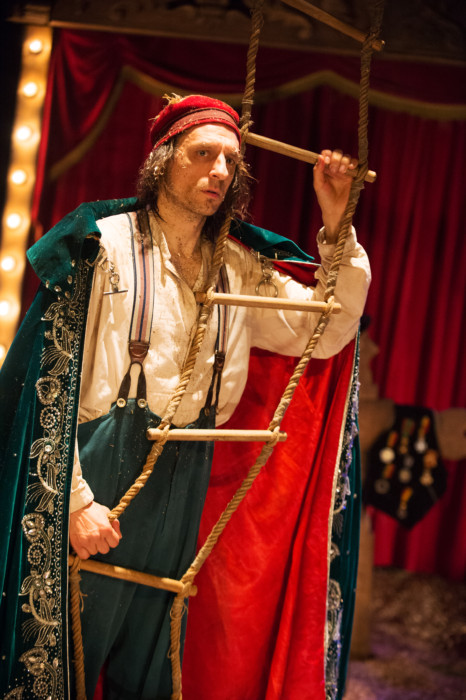 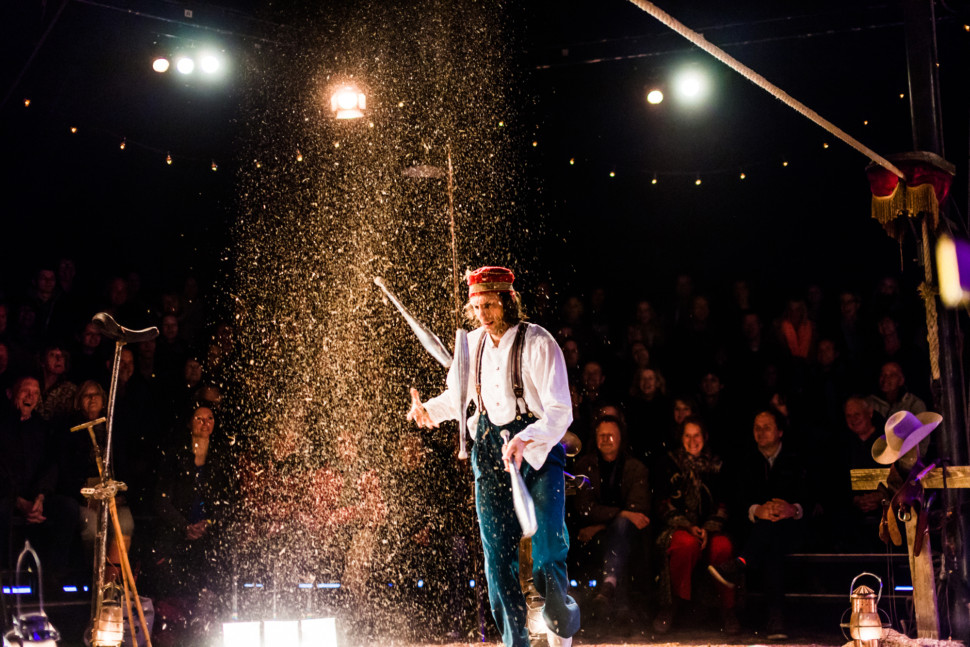 It’s not specifically about being alone and only a little bit about loneliness.
It’s about loyalty. About eternal loyalty.
Loyalty to family, to a loved one.
Loyalty to the work of your forebears.
Loyalty to your superior, to your homeland.
Loyalty to your unspoken promises.
And about where loyalty borders on madness.

In Fidelis Fortibus the audience enters a circus tent where all the performers are deceased. Perhaps there was an epidemic or a major accident? Only the clown remains and he refuses to leave. He has buried everyone around the circle of discoloured sawdust. The graves are recognisable: there lies the tightrope dancer with her ballerina shoes. There lies the white clown with his trumpet. There lies the director, and he still walks anxiously in a wide arc around this grave.

Danny Ronaldo is alone, but all the other characters perform because he keeps them alive. When there is an audience, he performs faithfully and with a sense of duty. Trumpet, tuba and bombardon still sound as if someone is really playing them. The audience witnesses his imagination, which is a reality worth living for. The spectators are also complicit in preserving the illusory ‘big’ show. The applause,the gales of laughter, the wind instruments … It still sounds live, real. He will never leave. Or maybe he will? But is that giving up? Being disloyal?
Even though the tent has collapsed, everyone is dead and you are all alone … The show must go on.