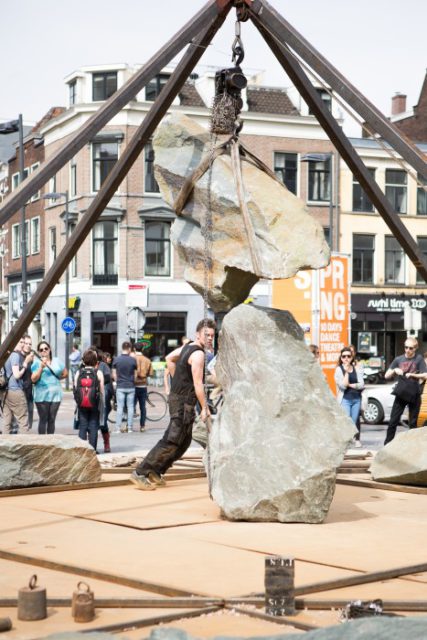 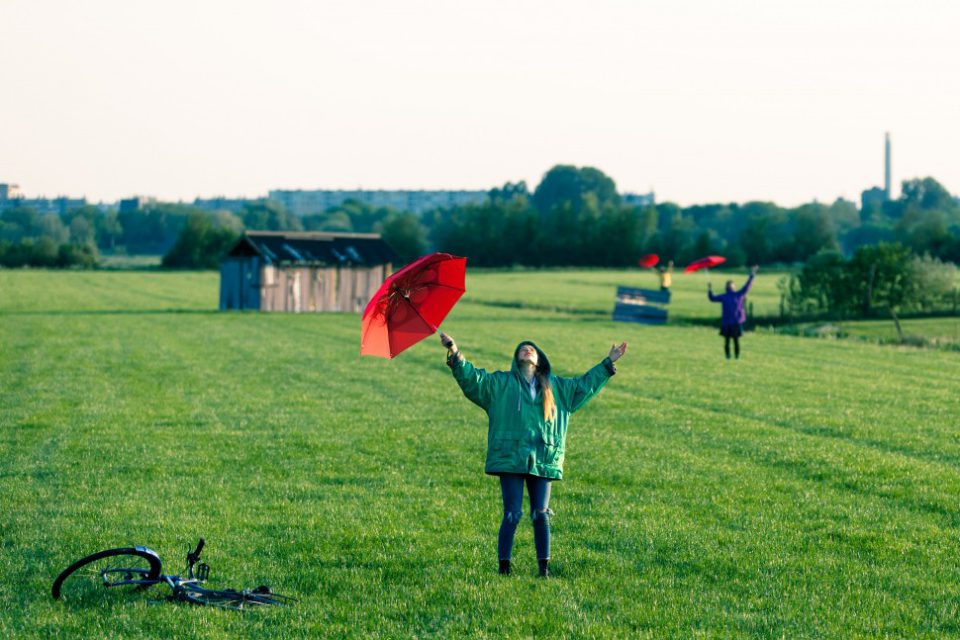 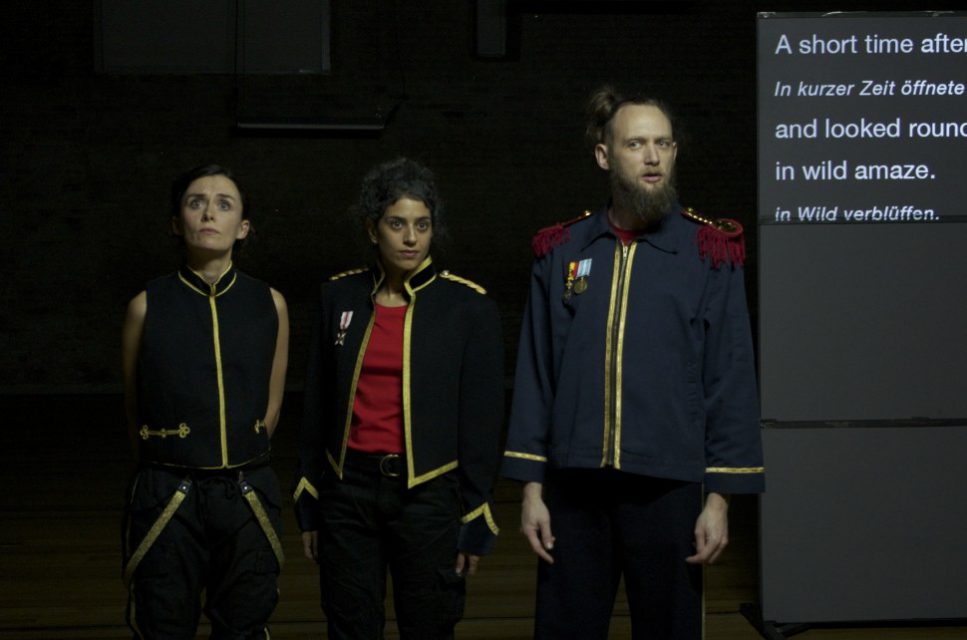 ‘Through my performance-installations I try to communicate. The works change on every new location, because a location also communicates.’ Nick Steur graduated at the Theatre Academy in Maastricht (NL) as a theatrical performer. Though many think of him primarily as a visual artist, he is keen on the live aspect of performance.

During their successful cooperation on KHOR I, a do-it-yourself theatre installation for the World Expo Floriade 2012 in Venlo (NL), Dutch theatre maker Gert-Jan Stam and Belgian architect Breg Horemans discovered how their respective disciplines could challenge and enrich each other. They started working together as TAAT, operating on the cutting edge of theatre, architecture, the visual arts and design.

Tine Van Aerschot has just turned forty-five when her first theatre performance I have no thoughts, and this is one of them premieres in 2006. The work is very well received, partly because of the wonderful contribution of Claire Marshall, one of the founders of Forced Entertainment. After that, Tine Van Aerschot works on other pieces such as Triple Trooper Trevor Trumpet Girl, we are not afraid of the dark, A Partial Exposure of a Half Decent Elephant and when in doubt, duck.

Sanja Mitrović is a theatre maker, performer and the artistic director of Stand Up Tall Productions. She was born in 1978 in Zrenjanin in the Socialist Federal Republic of Yugoslavia. After her graduation in Japanese language and literature at the university of Belgrade, she emigrated to the Netherlands in 2001, where she graduated in Mime Studies at the Amsterdam University of the Arts.

Davy Pieters (°1988) is a Dutch director based in Amsterdam. Davy makes performance- theatre with a strong visual character combining different genres such as dance, music, mime, text and visual arts. She studied directing at the Toneelacademie Maastricht. For her graduation, she won the Henriette Hustinx Prize.