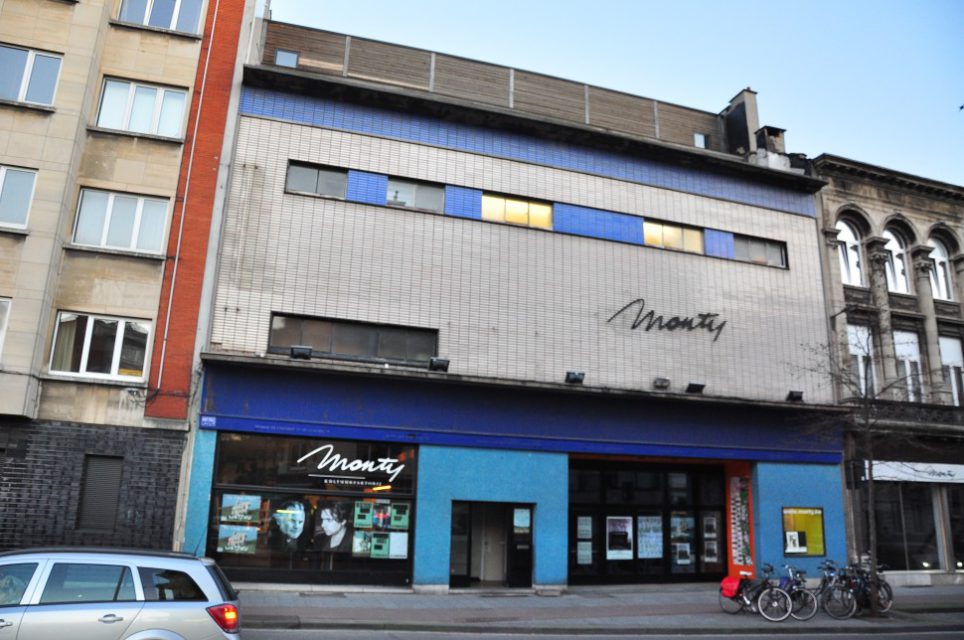 Monty is more than a venue: it has the most remarkable back wall of all Europe. Dixit Milo Rau. Monty is a small-scale arts organisation with high-level output in both quality and quantity. Monty has come a long way: they started in 1985 and a few years later were recognised and subsidised as an arts centre. Their main objective has always been ‘to go against the grain’, whether in production or presentation of dance, film, video, theatre or live art. Monty was the spot to witness ‘new’ remarkable performances and emerging artists. In the course of time Monty differentiated less: it specialised in dance and theatre.

From 2017 onwards Monty will focus even more, if not exclusively, on theatre. Because they know that they live in very disruptive times in which they are confronted with very complicated questions. And politicians are disoriented too.

Therefore Monty believes that the challenge, again like in the 1960s and 1970s, is for the artists to speak about the world, to speak about society: no hermetic art anymore, no art for the sake of art, no ‘l’art pour’ l’art’. Communication prevails. Because they believe that the artists and the arts are the only possible means to speak about the world without referring explicitly to it. Because art can really change stubborn views, conceptions, discourses and ingrained convictions. And because it can generate new insights or an aha-erlebnis. Not by ‘explicit theatre’, but with more explicit ‘political’ theatre with points of view that are rooted in life. During the last decade Monty presented and produced increasingly society-oriented activities and was able to take the public along while audiences also became more diverse.