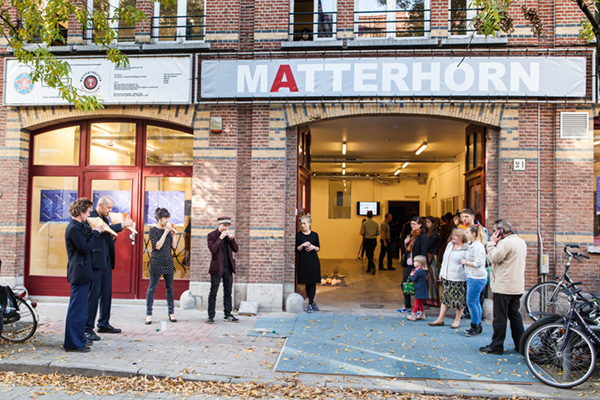 Two and a half years after the first stone was laid, the theatre companies Laika, Muziektheater Transparant, de Roovers and the organisation kunstZ moved into Matterhorn in September 2014. It’s a former warehouse in Borgerhout that has been converted into a cultural site. The Matterhorn development, which features offices, meeting and rehearsal rooms, allows the companies to reinforce the connection between the artistic process and business policy.

A year after the move they are gradually starting to settle in. Matterhorn aims to develop in the neighbourhood in two ways: on the one hand as a place for encounters – the shared infrastructure transcends private interests and is available to third parties – and as a house for the arts on the other, in and for the neighbourhood. During the Terlopleinfeest, the Reuzenstoet and its very own Matterhorn Festival Borgerhuis the aim is to share artistic creations with the neighbourhood and set up joint urban projects.